It was the highest total for an evening sale since 2014–why? Because a da Vinci was added to the contemporary mix.

Christie’s much-hyped sale of postwar and contemporary art at New York’s Rockefeller Center on Wednesday evening exceeded all expectations—at least for the painting that mattered most.

Leonardo da Vinci‘s Salvator Mundi (c. 1500) accounted for more than half of the night’s total—and set a new high-water mark for a work of art sold at auction. All told, the sale soared above the overall presale estimate of $410 million and significantly surpassed last year’s equivalent sale, which made $276.9 million.

The star of the night was, unquestionably, Leonardo. After a relentless bidding war that lasted a full 19 minutes, the last known work by the Renaissance master in private hands sold for $450.3 million, more than four times its estimate of about $100 million.  Christie’s conceived the (wildly successful) stunt to sell the Renaissance work in the contemporary sale.

Two nights earlier, Christie’s highly anticipated season got off to an impressive start with the Impressionist & Modern Art Evening Sale. The top-priced lot of the night was Vincent van Gogh’s Laboureur dans un champ, executed in the year before his death.

The second-highest price on the night was realised when Fernand Léger’s Contraste de formes  from 1913 sold for $70,062,500, easily eclipsing the previous world auction record for the artist — $39,241,000, which was set in 2012. Offered for the first time at auction, this groundbreaking painting of the early 20th century came from the property of the Anna-Maria and Stephen Kellen Foundation, with proceeds from its sale going towards the foundation’s philanthropic mission. 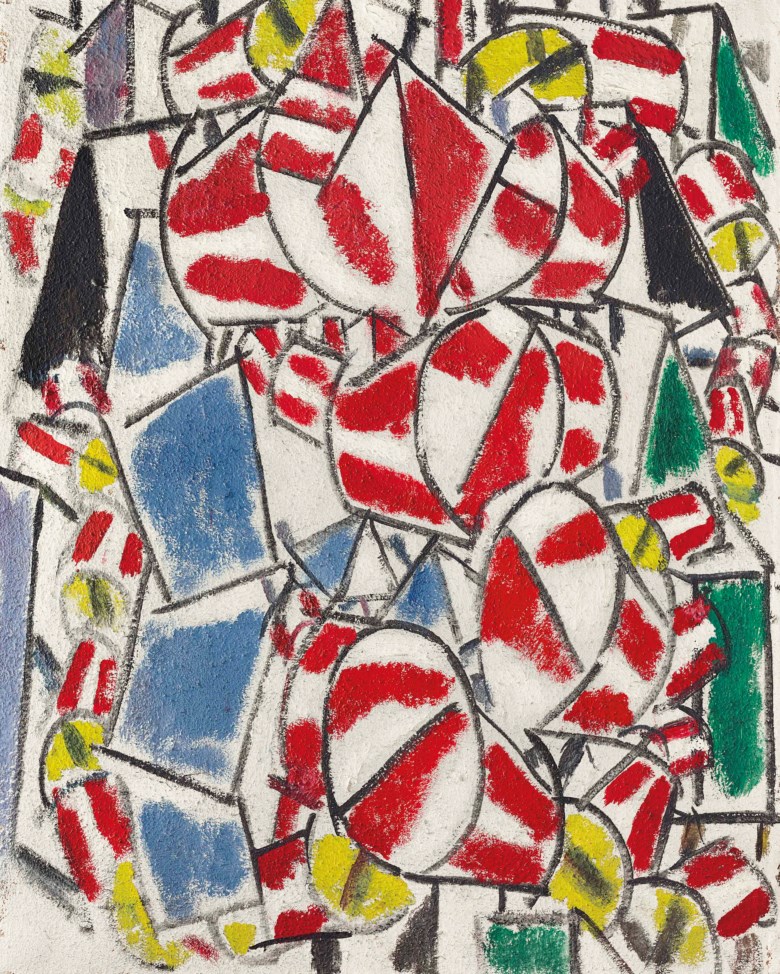