If you think you know Ophelia and Hamlet’s story, think again…

I read the classic retelling of Lisa C. Klein’s first novel Ophelia in college. Many may know the original story of Hamlet written by Shakespeare,  but this rendition by Klein puts our strong heroine Ophelia in the forefront narrating the story. In 2018 Semi Challas wrote the screen play for Ophelia from Klein’s novel and Claire McCarthy directed this beautiful British-American romantic drama which is currently streaming on Netflix. Paying homage to John Everett Millais’ painting “Ophelia” the film opens in the same lily bedded pond with our main character floating in the water. 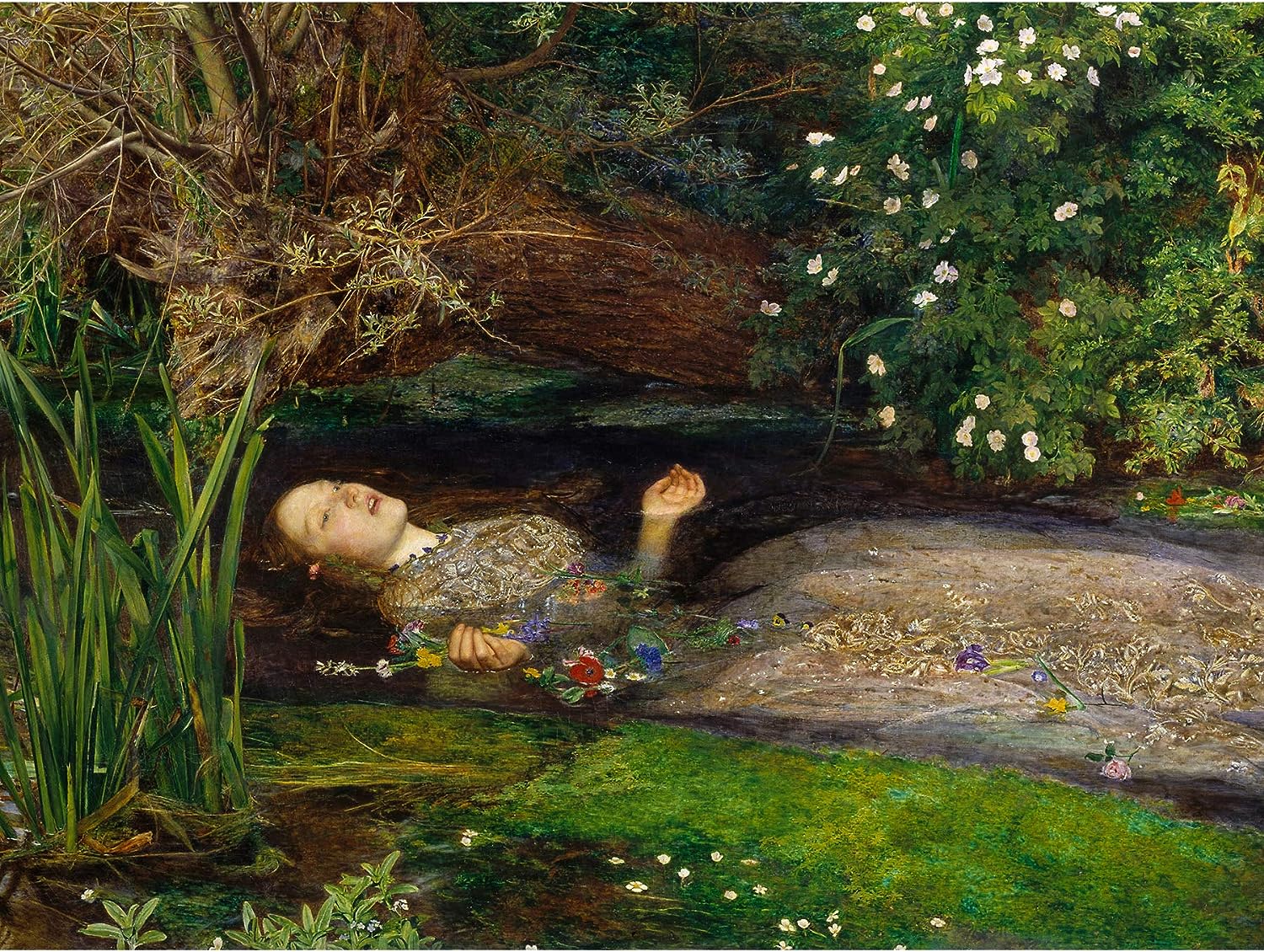 “Ophelia” painting by John Everett Millais completed in 1852 is currently part of the collection of Tate Britain in London.

In Klein’s/McCarthy’s version Ophelia isn’t the “doomed girl incapable of her own distress,” driven to madness and likely suicide by a lover’s rejection. Instead she has courage, intelligence, integrity, and agency. Ophelia and Hamlet waste no time worrying about whether to be or not to be.

“Flawed yet intriguing, Ophelia uses Hamlet as the starting point for a noble attempt to offer a misunderstood character love overdue agency.”

In the film, the young Ophelia is first mistaken for a boy because her widowed father Polonius, played by Dominic Mafham, is not able to give her the care she needs. When she speaks up fearlessly to Queen Gertrude, played by Naomi Watts, she is taken on as a lady in waiting in the castle of Elsinore, never losing her independent spirit, which makes her a favorite of the queen — at first.

When Hamlet returns to Elsinore he finds that his father is dead and his uncle has claimed the throne. Ophelia becomes a threat, especially when she and Hamlet are aligned. Like all Shakespearean plays, clever wordplay and wit are the soul of this film’s adaptation, flipping words with multiple layers of meaning. Wit is more than jokes, it is a sign of an independent thinker, a willingness to speak truth, even to power, even at great risk.

Set in an Elizabethan era rather than in the medieval time frame of the original play, each scene is detail-rich conveying considerable information about courtly life, intrigue, and the societal mores of the time.

But the film goes beyond the life of the play, for instead of dying, Ophelia secretly weds Hamlet, escapes Elsinore, bears Hamlet’s son, and reunites romantically with Horatio to bring the story full circle. For the purists the language may strike a discordant note — but don’t despair. Some of Shakespeare’s best-knowns lines are included to keep the flavor of the Bard’s work. Klein/McCarthy smoothly weave in lines from the play and keeps her characterizations true to the playwright’s, even as she rounds out the back story.

“Flawed yet intriguing, Ophelia uses Hamlet as the starting point for a noble attempt to offer a misunderstood character love overdue agency.”