Nowadays, Park City’s crowning jewels are perhaps its pristine, white powdery slopes or it’s vibrant, bustling Main Street. Perhaps this beautiful ski town is best known for the way that Main Street shines with bright lights and Hollywood stars during winter’s Sundance Film Festival. Or perhaps Park City is best remembered for hosting the 2002 Winter Olympics, widely described as one of the most successful Winter Olympics ever. 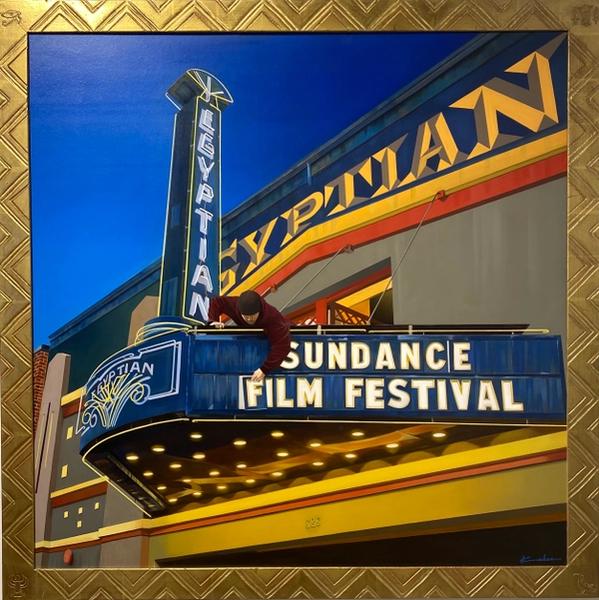 But long before the gold, silver, and bronze medals, the bright shining stars of Sundance, and the Black Diamond runs of the ski slopes, Park City was known for another crown jewel: silver.

The discovery of silver first put Park City on the map in the mid 1800s. Now, deep below today’s ski runs, lies a twisting, winding labyrinth of silver mines. See how several of our Gallery MAR artists pay homage to this rich mining history through beautiful, shimmering works of art. 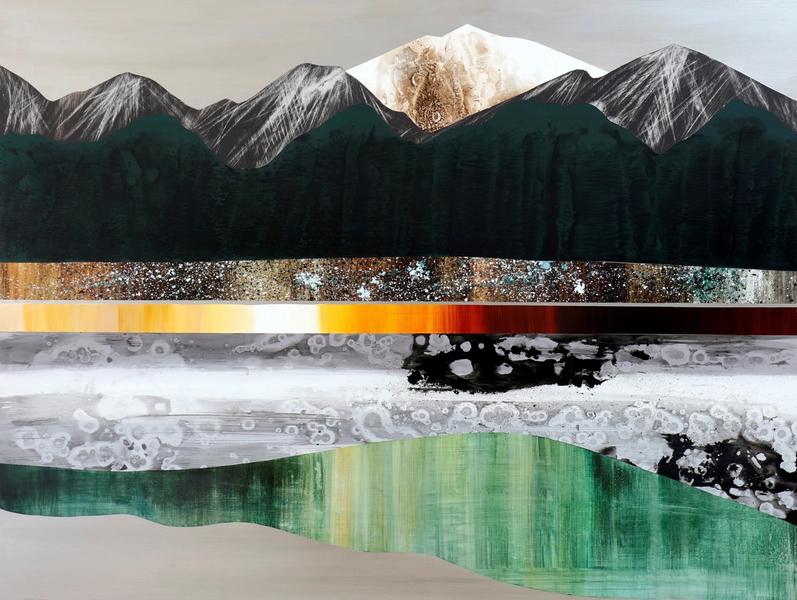 Sarah Winkler‘s latest show, “Mountain Glow,” was inspired by these Park City silver mines. “When I was in Park City last summer, I finally got to go to the mining museum near Gallery MAR,” Sarah Winkler explains, “I never realized before that there are thousands of miles of tunnels under Park City. Going to the museum, you can see dioramas of the mines in the area. I had no idea that the mountain was like Swiss cheese underneath. That was really interesting to me.” 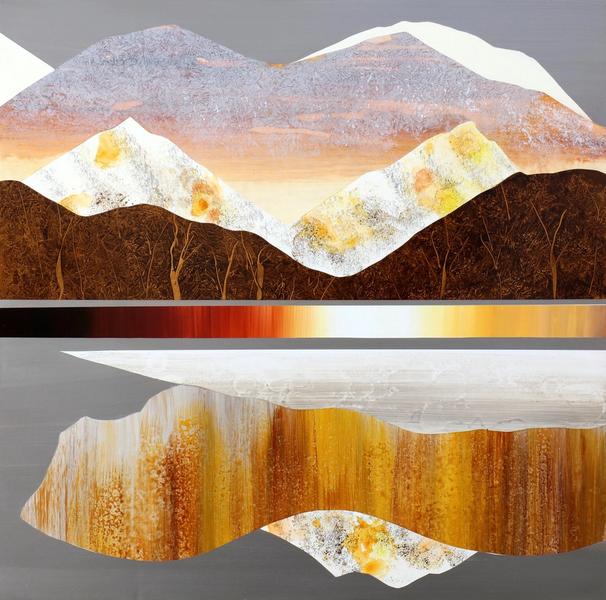 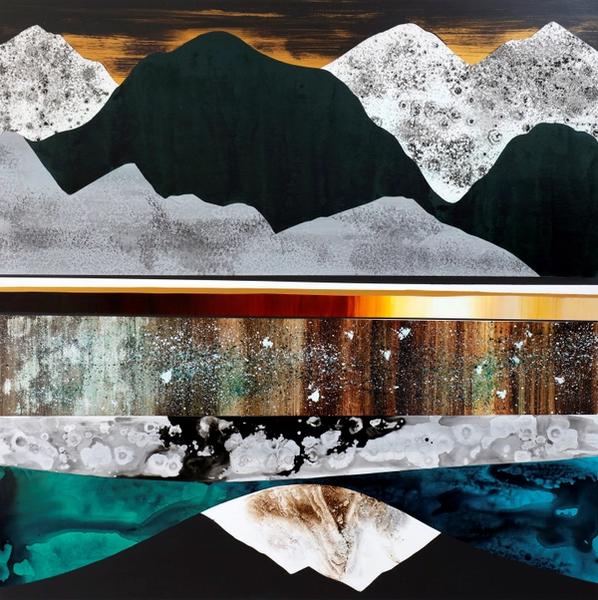 Inspired by this newfound knowledge, Winkler was determined to make her latest show “all about the hidden treasures in these mountains.” Her new series sparkles with metallic paint and mika pigments, referencing the metals, gems, and minerals once found beneath the mountain. As an artist fascinated by new ways to experience the landscape, Winkler has been excited to bring to the surface the beauty of this hidden, underground world.

When these Park City gems were first discovered, it was by happenstance (WesternMiningHisotry.com). Federal troops had been stationed near Salt Lake City to keep watch over the Mormon population in the area. The troops’ commander, Colonel Conner, wanted to keep his troops occupied during their stay, as well as do their part in helping their country prosper, so he encouraged his men to prospect around the area. 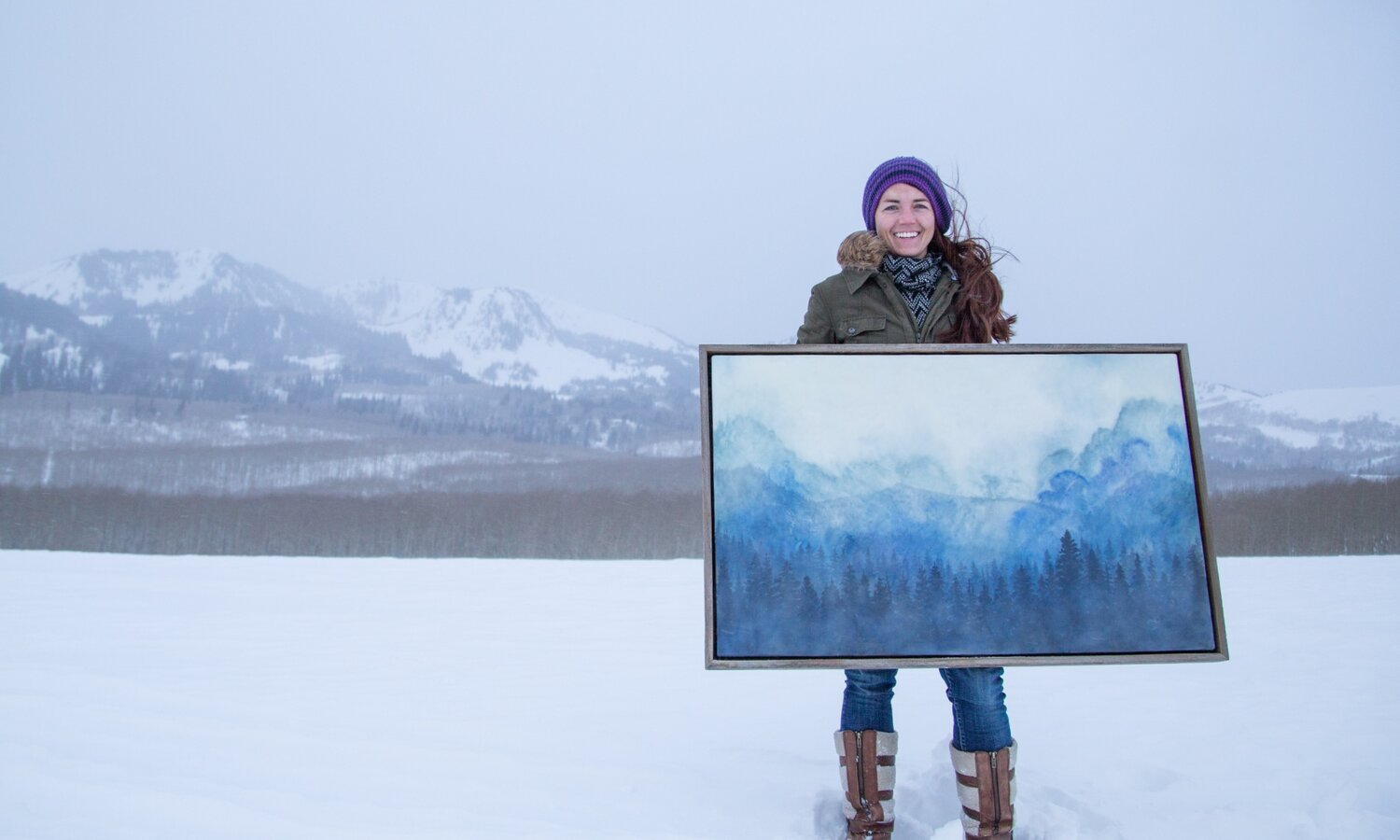 Bridgette Meinhold holds up the encaustic painting she put up for auction to save Bonanza Flats, the open land near her home. Bonanza Flats was the land that federal troops first traversed to discover silver in the mid 1800s.

Three soldiers traversed through Big Cottonwood Canyon to an area now known as Bonanza Flats, where they discovered a silver and lead deposit. The site of their discovery soon became Park City‘s first mine. News of this discovery drew new prospectors to the area, and shortly after, several new mines were discovered. 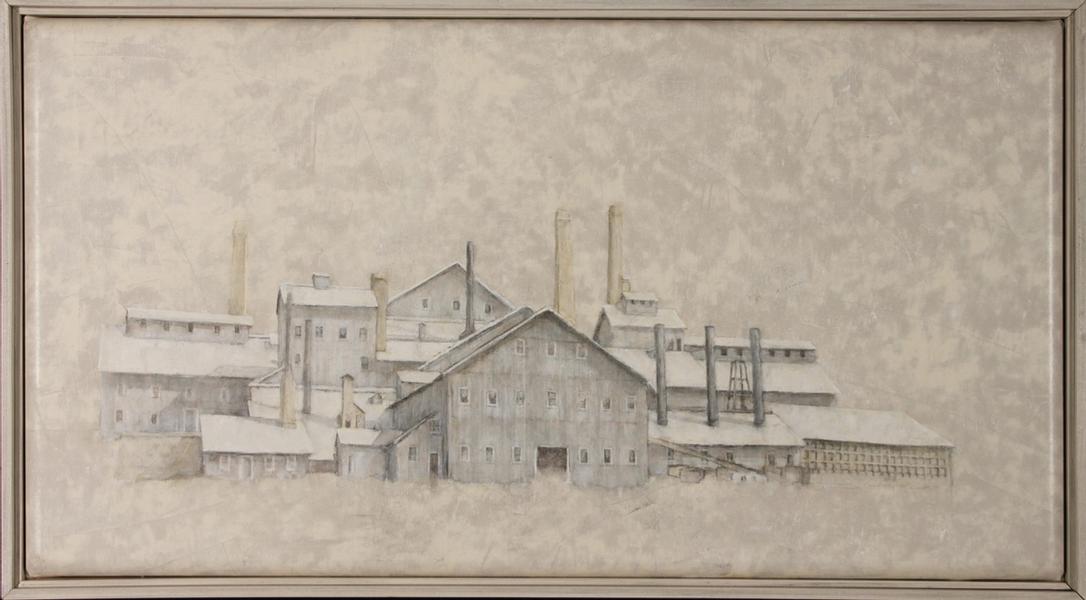 Gallery MAR artist Pamela Murphy pays tribute to this history in her oil paintings. Painted in Murphy’s signature, beautifully understated, sweetly nostalgic style, her painting “Ontario Mine” showcases one of Park City’s largest, and most prosperous mines from the late 1800s. The Ontario mine would go on to produce over $50 million worth of rich ore throughout its history. 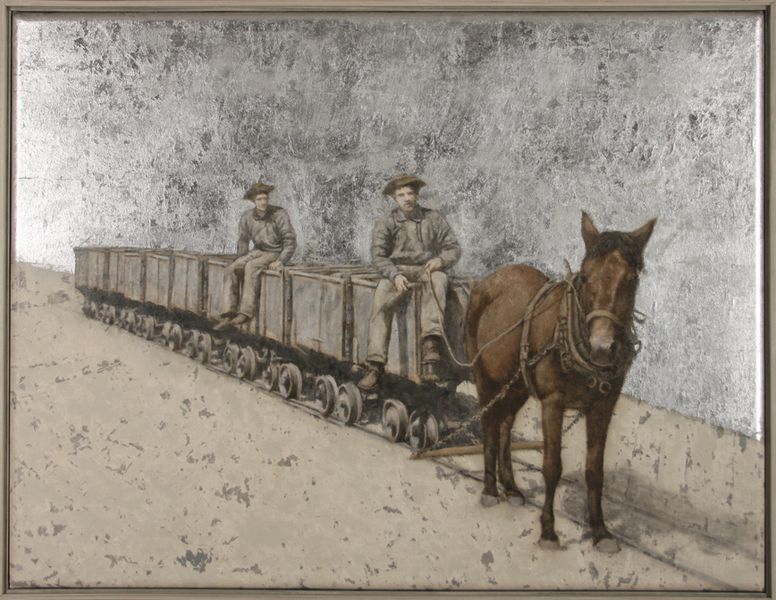 In another of Murphy’s paintings, “Ore Bins,” she beautifully reinterprets an historical photograph of two miners after a long day’s work, transporting their bounty above ground. Murphy’s use of shimmering silver leaf is all too appropriate for this stunning piece.

During its silver mining prime, Park City was known as the greatest silver camp in the world, with “enough ore to last 100 years (VisitParkCity.com).” Soon however, Park City locals shifted their attention from the treasure underneath the mountains to the treasure found above. 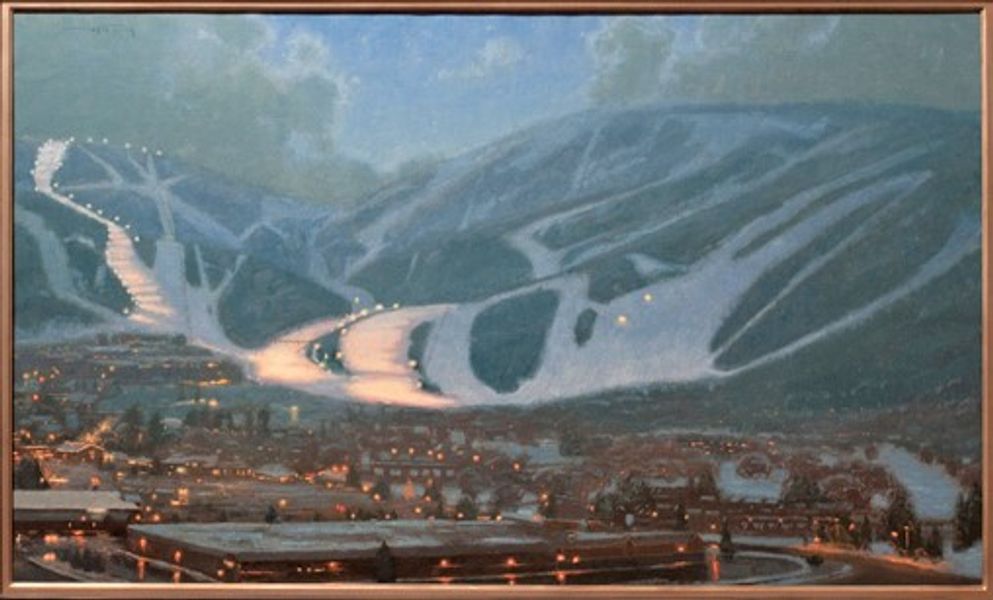 Now, nearly 160 years after the discovery of silver, Park City sparkles with jewels of a different kind.. So next time you hit the slopes or find a beautiful treasure at Gallery MAR, perhaps it will fascinate you to think of the 1,000s of miles of winding tunnels just below your feet and the silver treasure that made everything you love about Park City possible.