Netflix’s “This is a Robbery”: Our Biggest Takeaways

Netflix just released a four part mini docuseries on the famous Gardner Museum Theft, often referred to as the greatest art heist in the world. While the words “art heist” are sure to send shivers down the spines of any art professional, we couldn’t help but indulge our curiosity about this strange, unsolved case (and be grateful for our own gallery’s wonderful security system).

For anyone else similarly curious about the world’s greatest art heist, here are our biggest takeaways from Netflix’s “This is a Robbery.” 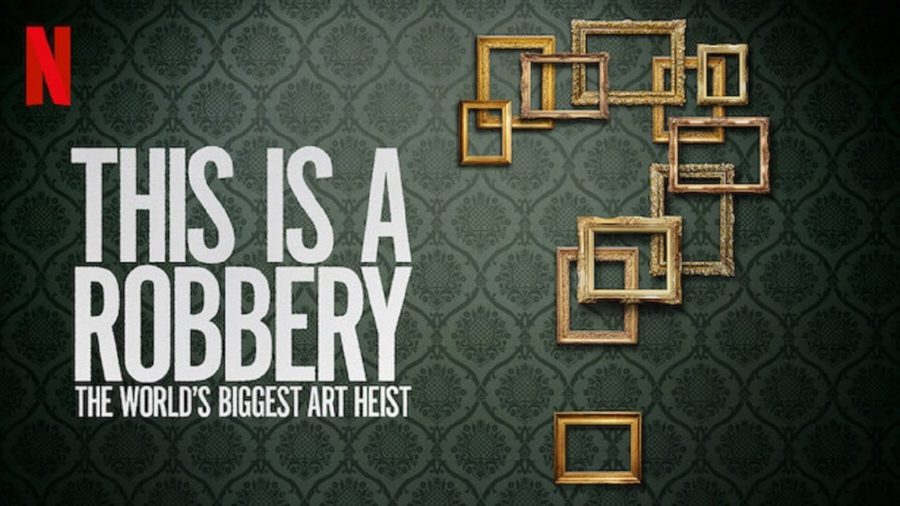 These Spectacular Works Are Still Missing

While the four episodes of this mini-series take viewers on a wild ride of theories and speculations that are worth the watch, ultimately, we’re forced to face the grim reality that these works are still unaccounted for. Empty frames still line the walls of the Gardner Museum, acting as hopeful, albeit heartbreaking, beacons calling the works of Rembrandt, Degas, Vermeer, Manet, and more home. 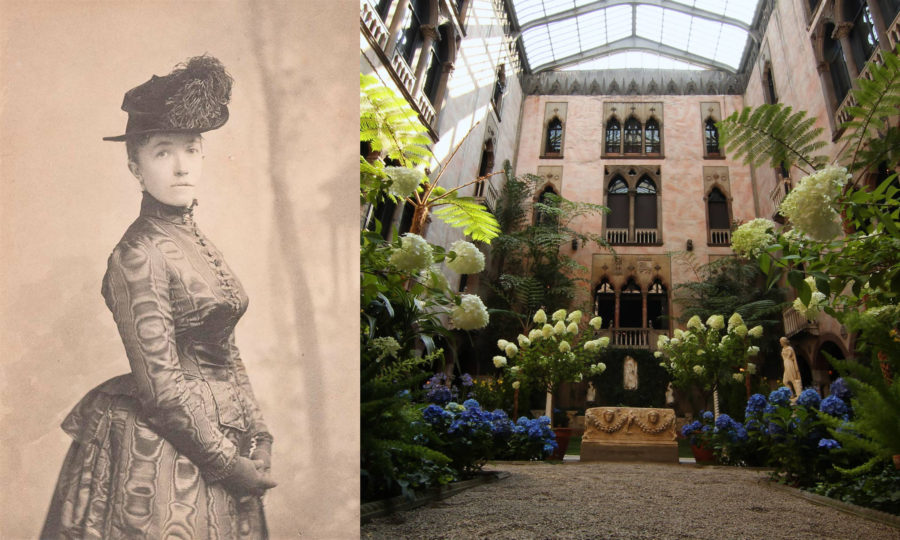 The life and career of the original founder of the Gardner Museum is mentioned only briefly within the first episode, but based on her story, it seems that Isabella Stewart Gardner deserves a docuseries all her own. Gardner was a leading art collector, philanthropist, and patron of the arts, at a time when women were expected to be little more than housewives and mothers.

Her sharp intellect, extravagant style, passion for art, and unconventional behavior earned her a reputation for eccentricity against the backdrop of late nineteenth century Boston. She founded the Gardner Museum to better accommodate her growing collection of art and treasures and offer the public the opportunity to stand before some of the greatest works in art history. As a woman-owned and operated art gallery, we love hearing these kinds of stories about powerful women in the arts. 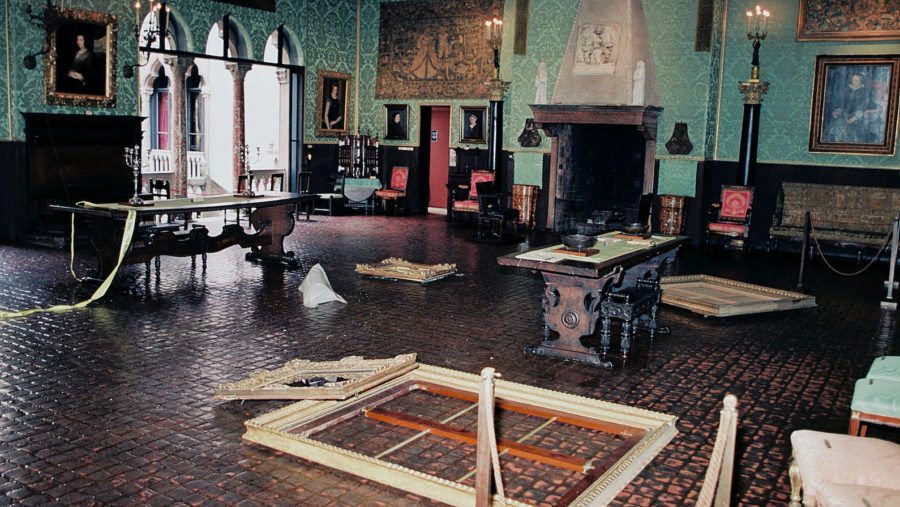 The Thieves Had No Respect for the Art They Stole

The great tragedy of the missing artworks is made only worse by the knowledge that the thieves cut the paintings from their frames. Yes, you read that correctly, The Gardner Museum art thieves added insult to injury when they cut the canvas of masterpieces to release them from their frames. Experts suggest that the thieves then may have rolled up the works to better carry them out of the museum. Anyone familiar with art preservation may understand just how detrimental to the integrity of the works this would be, tightly rolling the cracking paint of a seventeenth century Rembrandt. We know the art community cringes with us just imagining the ways in which these masterpieces might now be stored. 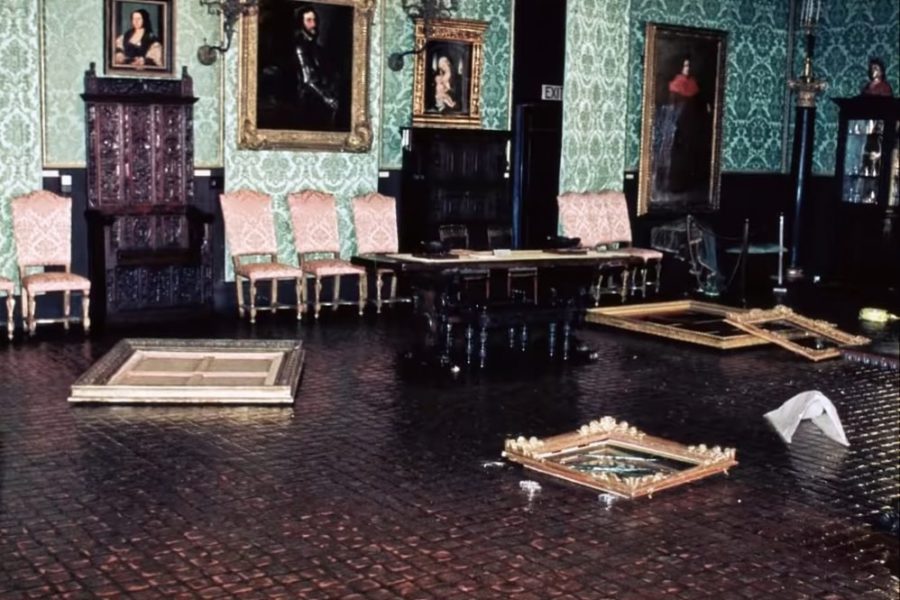 Highbrow meets lowbrow again and again throughout the docuseries. An exquisitely crafted museum is hijacked by fake, mustache-wearing police-imposters. Art historical masterpieces are guarded by stoned band members in tie-dyed t-shirts. Rembrandts are unrolled in storage units by Italian mobsters. Pulitzer Prize winning journalists and FBI officials offer their theories alongside convicted criminals and notorious art thieves. The docuseries offers us a dizzying carousel ride of cultures until we’re spinning off into the complex reality of colliding worlds. 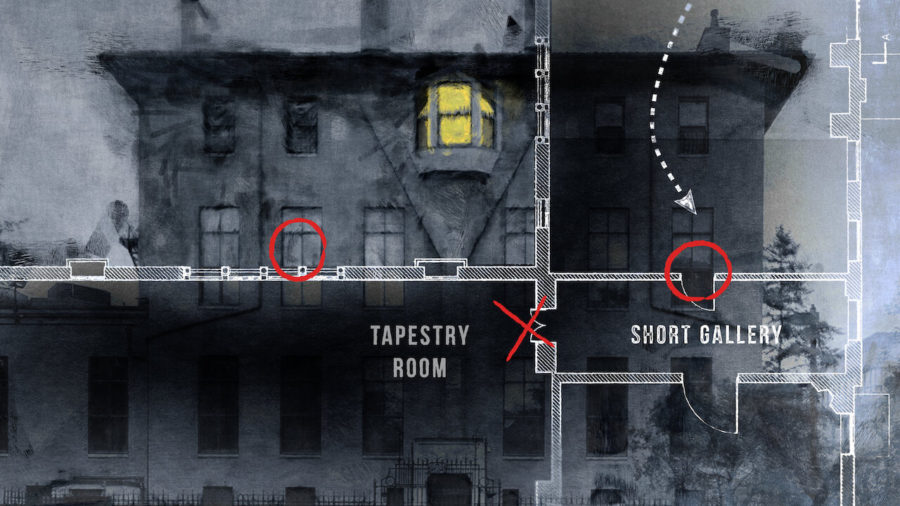 Art Was Seen As A “Get-Out-of-Jail-Free” Card

A few of the more convincing theories on why the works were stolen revolve around the local mafia’s desire to gain legal leverage for their crimes. According to the docuseries’ experts, rumors began to circulate among various mafia members that having famous stolen art is one way to bargain for shorter sentencing for their crimes.

It seems that these rumors had some validity, considering how one of the world’s most notorious art criminals, Myles J. Connor, participates in the docuseries as a free man, from his own horse ranch. Although convicted of many crimes and accused of far more, Connor walks free thanks to the return of a few key paintings that he himself stole. This maddening system has many mafia members believing that stolen paintings will act as their “get-out-of jail-free” cards, no matter the nature of their heinous crimes. Which begs the question, in the eyes of the law: how much is a painting truly worth? 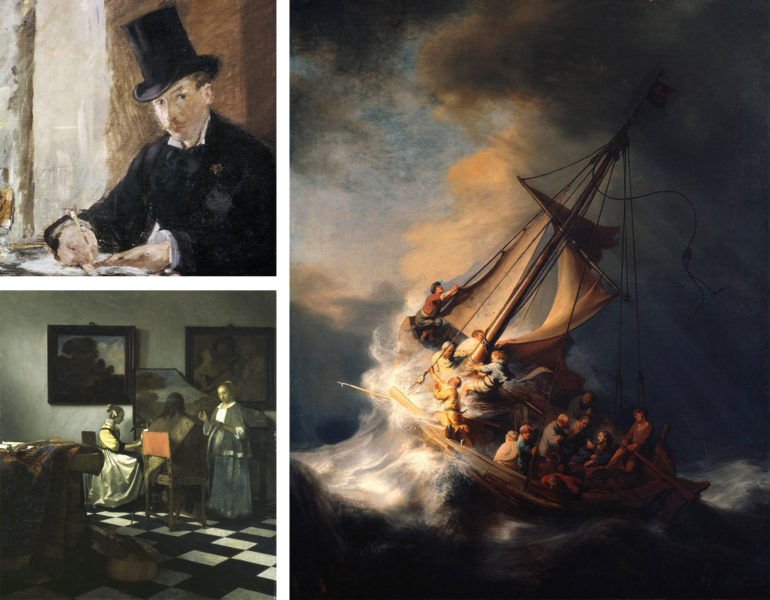 Three of the thirteen stolen works from the Gardner Art Heist. Clockwise from Top Left: Edouard Manet’s “Chez Tortoni,” Rembrandt van Rijn’s “Christ in the Storm on the Sea of Galilee,” and Johannes Vermeer’s “The Concert” (images courtesy of Isabella Stewart Gardner Museum)

There’s Still a $10 Million Reward for Any Information

So with the promise of a $10 million reward for information still on the line, it might do you well to ask your friends: have you seen these works?

Watch for yourself the riveting docuseries “This is a Robbery” on Netflix today or browse all thirteen of the missing works on The Gardner Museum’s website.