Gallery MAR on the Real Housewives of Salt Lake City 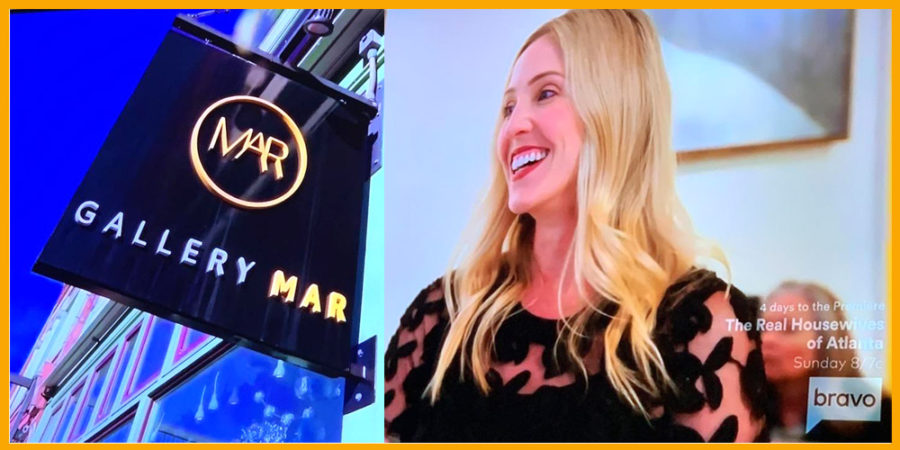 One year ago, the producers and cameras of Bravo’s show The Real Housewives, started filming in the Salt Lake and Park City areas — and we got to tag along for the ride, as they filmed one day at Gallery MAR.

We have known the star Meredith Marks for several years (she owns a beautiful jewelry and fur boutique on Main Street) and when she asked us for some artwork to refresh her Park City home, we were happy to oblige. Of course, we also know Lisa Barlow from her days with the restaurant “Silver” (we miss the Brussel sprouts!) and her liquor lines including Vida Tequila. 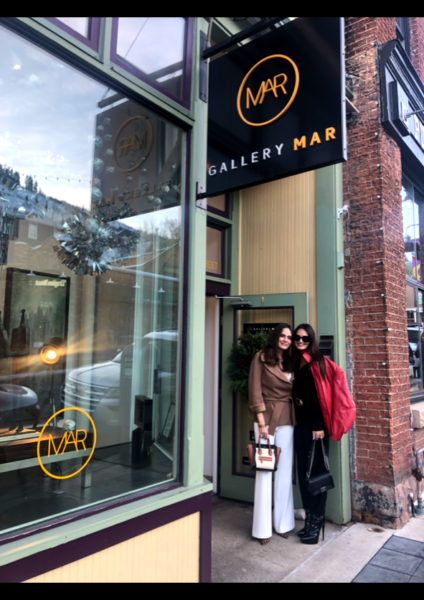 Watching the show, we have enjoyed seeing Park City landmarks and fresh snow — amidst the expected drama and tangled tales. Some gallery artist favorites were featured heavily in the scenes of episode four, including our show artist Bridgette Meinhold (encaustic on panel), Shawna Moore (abstract encaustic), and Sarah Winkler (geometric mountains in acrylic) as well as Jonathan Julien (fresh skiers in oil paint).

During a day of filming of the Real Housewives of Salt Lake City, at Gallery MAR

The Real Housewives of Salt Lake City show can be seen on the Bravo network. Check out the Bravo TV website for times and replays. Below you can see two reviews of the show that we popped into, and we encourage you to watch the season to see more of these two ladies.

We can’t reveal further details at this time (we are sworn to secrecy!) — but keep watching to see if Gallery MAR shows up again!

Other Utah locations seen in this episode were Park City’s “Gallery MAR,” where Lisa was given a gentle reminder to “look, don’t touch” the art, and Salt Lake City’s “Valter’s Osteria,” an upscale Italian restaurant where Mary held yet another party. What a surprise. The poached eggs with caviar and the pasta with $8,000/pound truffles looked amazing.

Most of the episode’s middle deals with the direct aftermath of the Prohibition party. Brooks, who is always here for some good gossip, asks about the night before. Meredith and Lisa take a fun detour to Park City’s Gallery MAR, where Lisa inexplicably tries to touch every single art piece. The visit takes a serious turn when Meredith tells Lisa that she is separated from her husband, Seth. Cue the mascara-ruining tears.