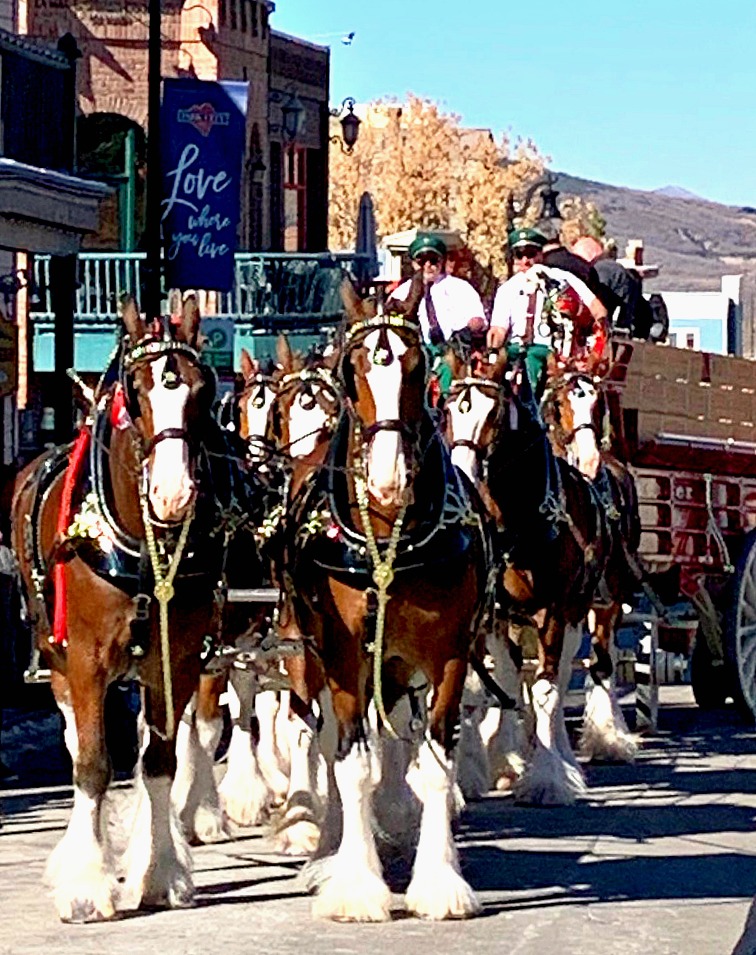 Thousands turned out to see the Budweiser Clydesdales on Main Street Saturday, Nov. 2 in Park City. This team hails from Ft. Collins, CO.

Not since the 2002 Olympics, have the Budweiser Clydesdales toured Utah. This past week marked a special occasion for beer-drinking Utahns, and the team of 8 giant horses came to celebrate the end of 3.2% beer and the arrival of 5% beer in grocery stores and on-tap in bars.  One of the stops on Main was The No Name Saloon which is right across the street from Gallery MAR. 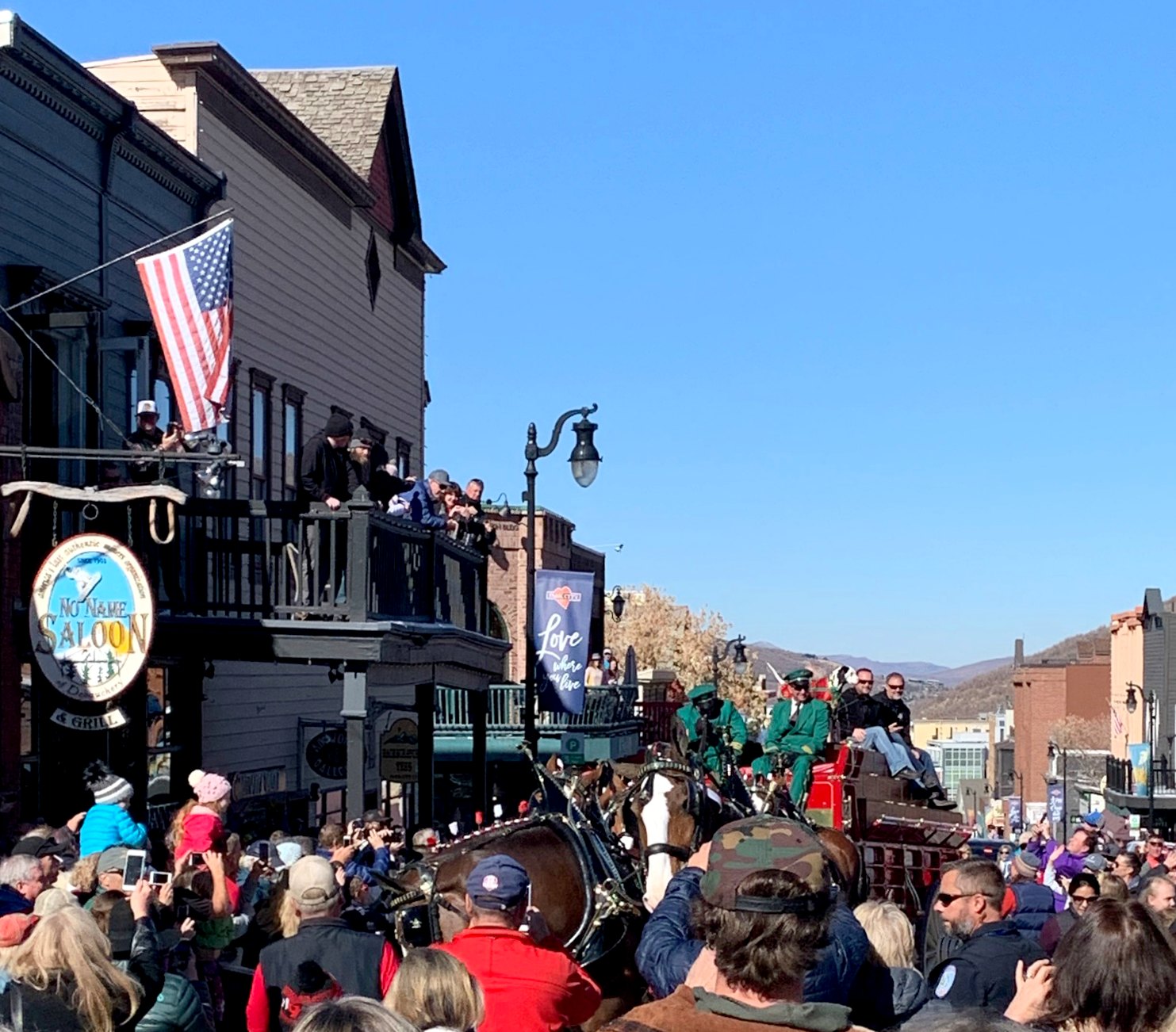 Park City expected about 100 extra visitors for the Clydesdales but thousands turned out instead.

The first Utah event for the Clydesdales was Wednesday night, October 30, with a ghoul-escorted casket parade walking behind the Budweiser wagon in downtown Salt Lake City.  Epitaphs with “R.I.P.  3.2 Beer” lays to rest the Utah law enacted in 1935 after Prohibition when heavier beers could only be purchased in the state-run liquor stores. By midnight October 31, all beer had to be sold or disposed of in the liquor stores.

Hmm, can you say, “I’ll take that case to the garbage outside and near my car?” 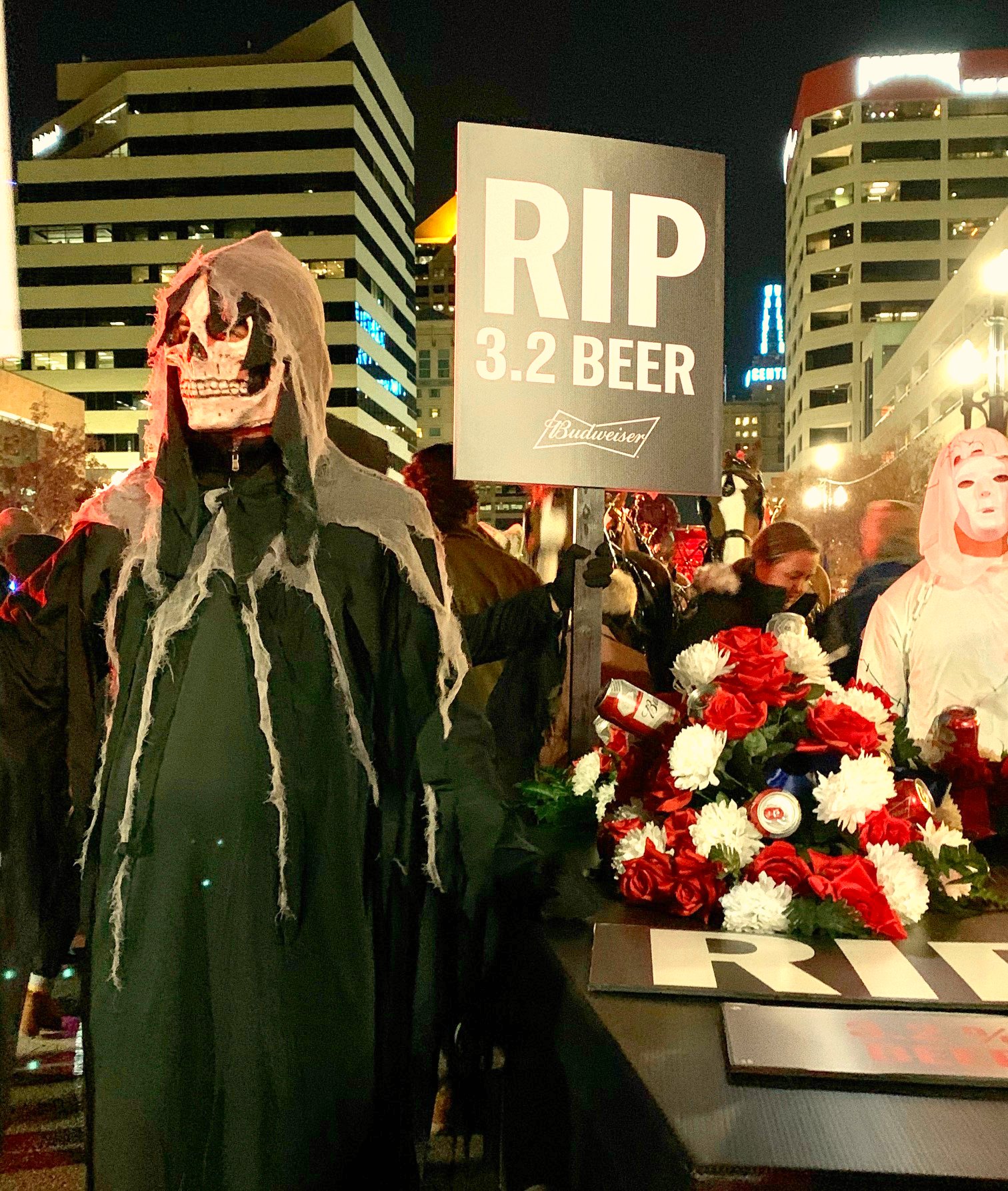 The Budweiser Clydesdales appeared at a funeral procession for 3.2% beer Wednesday night in downtown Salt Lake. The team of 8 giant horses delivered “heavy” beer to the Beer Bar on Second South. 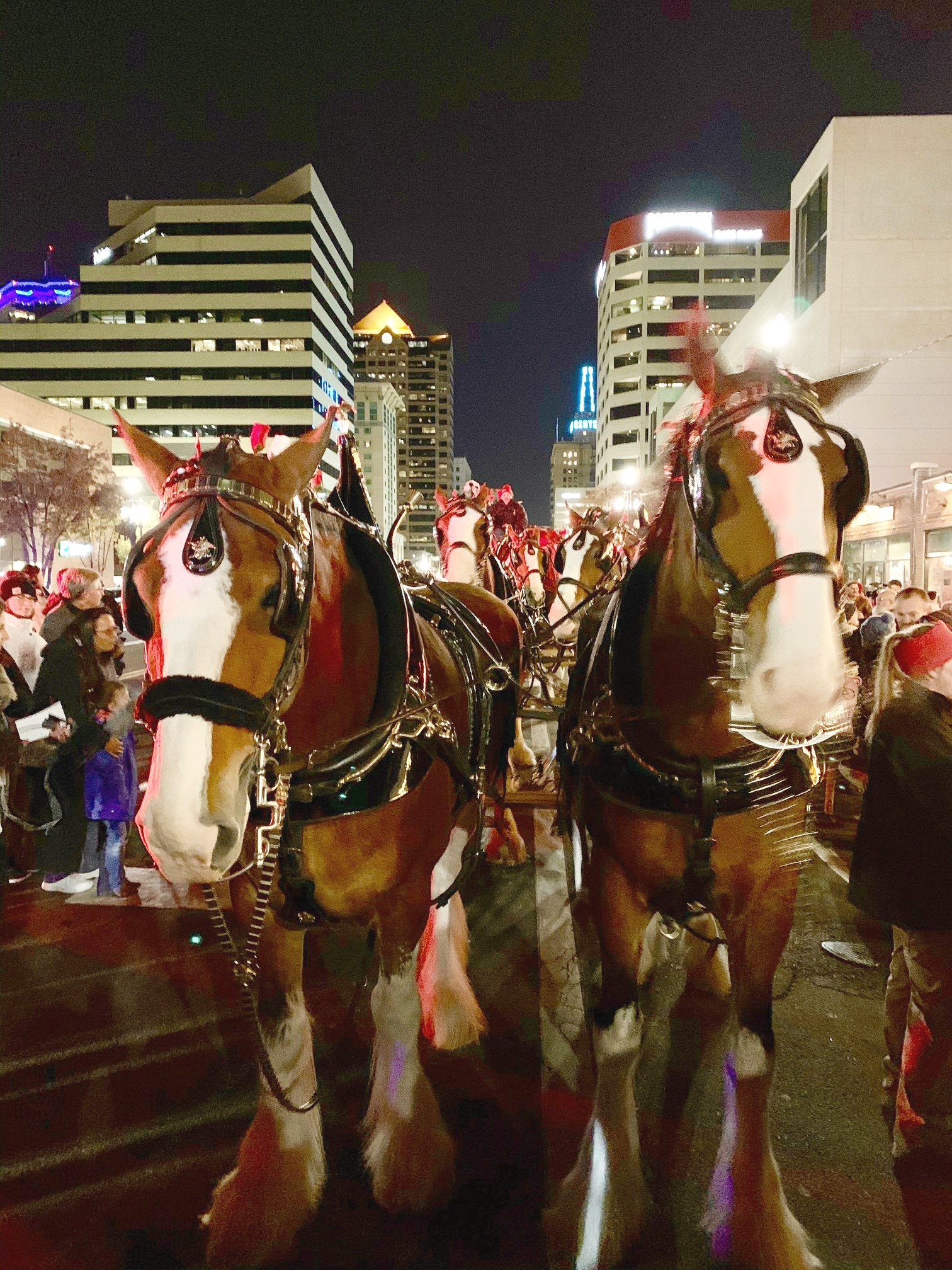 These Clydesdales are one of 3 teams based around the country. They travel with 10 horses in 3 semi trucks equipped with all the comforts including April, the team’s Dalmatian mascot. 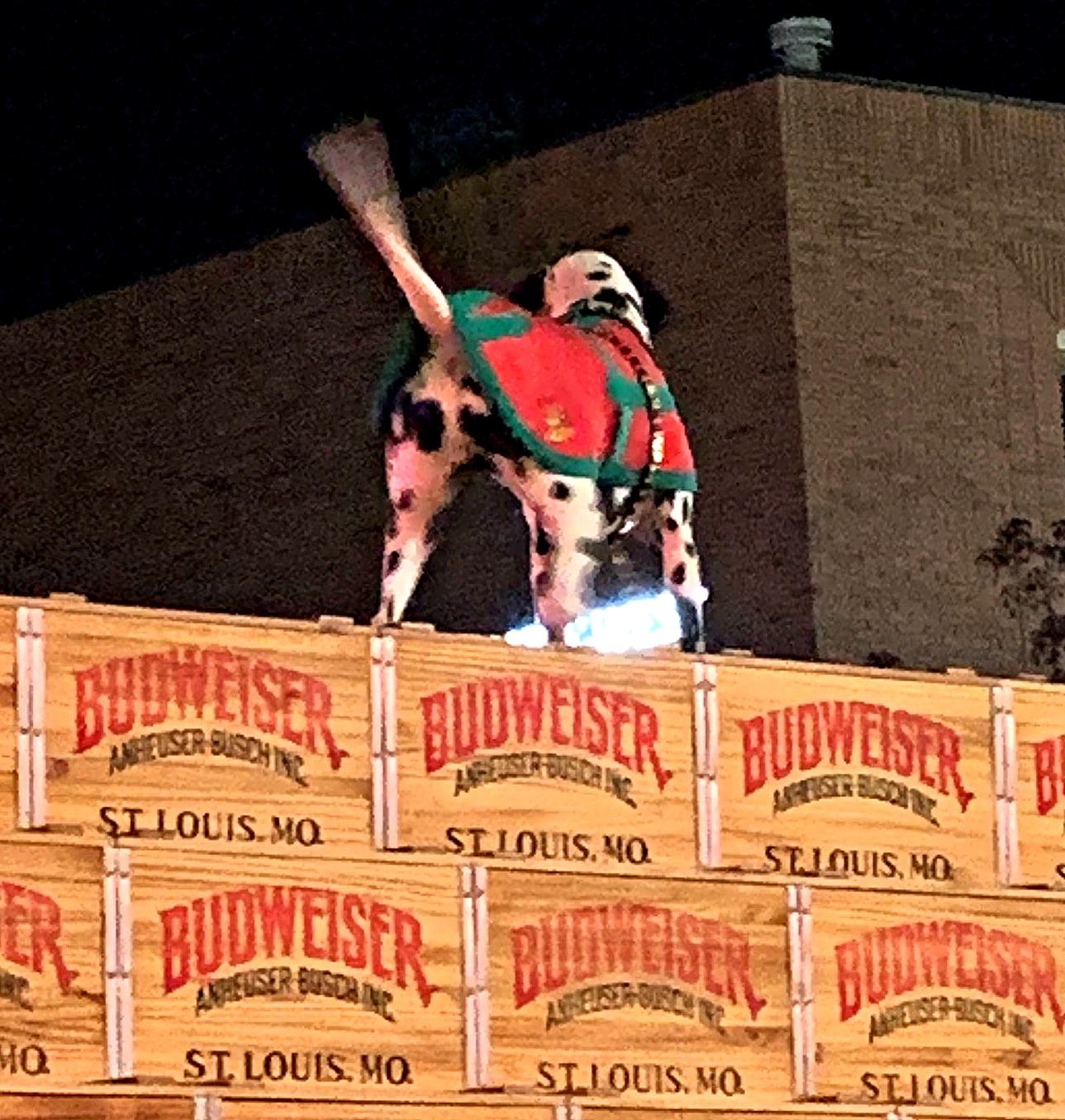 This team’s Dalmatian mascot is April, and she happily greets the crowds from the top of the beer wagon.

Horses are some of the most beautiful creatures and inspire several of our artists with these outstanding paintings and sculpture: 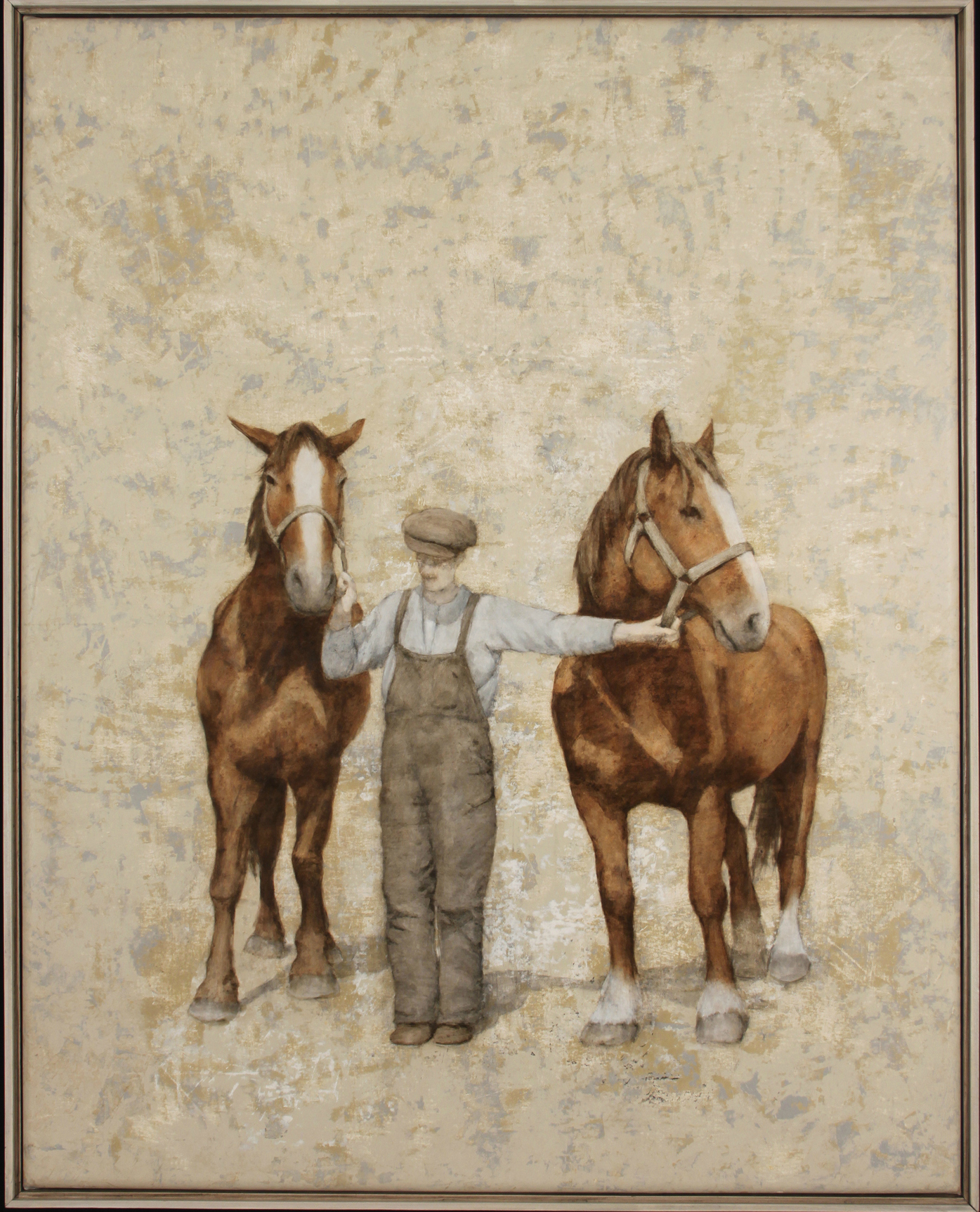 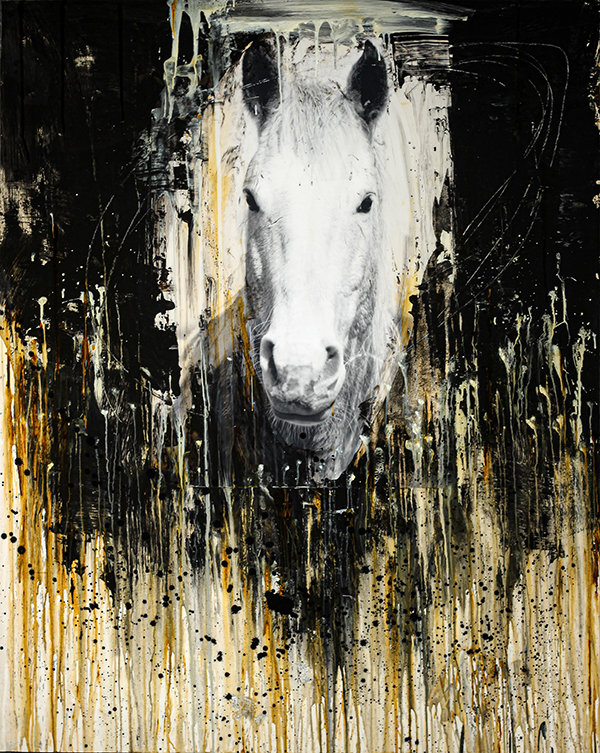 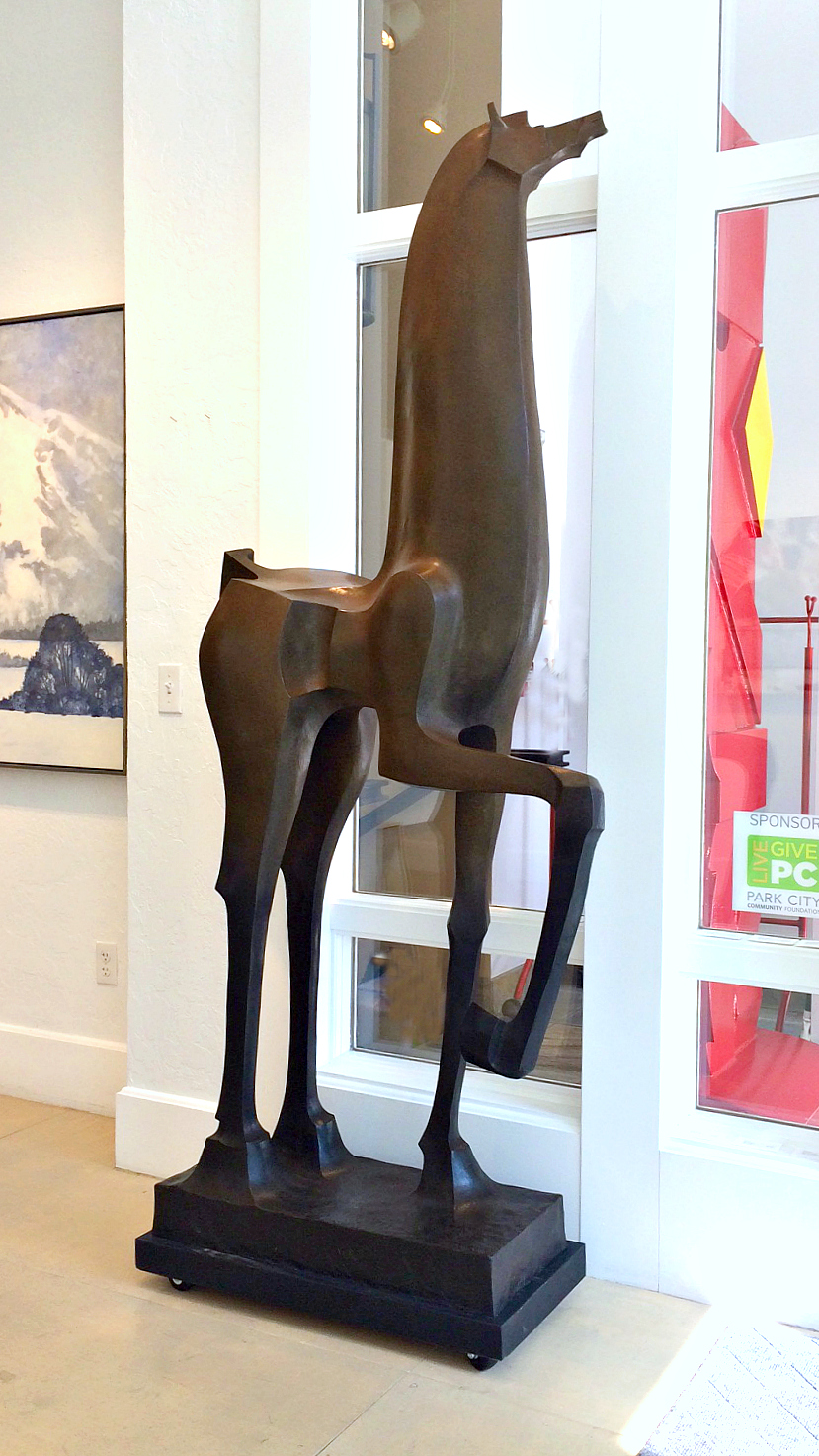 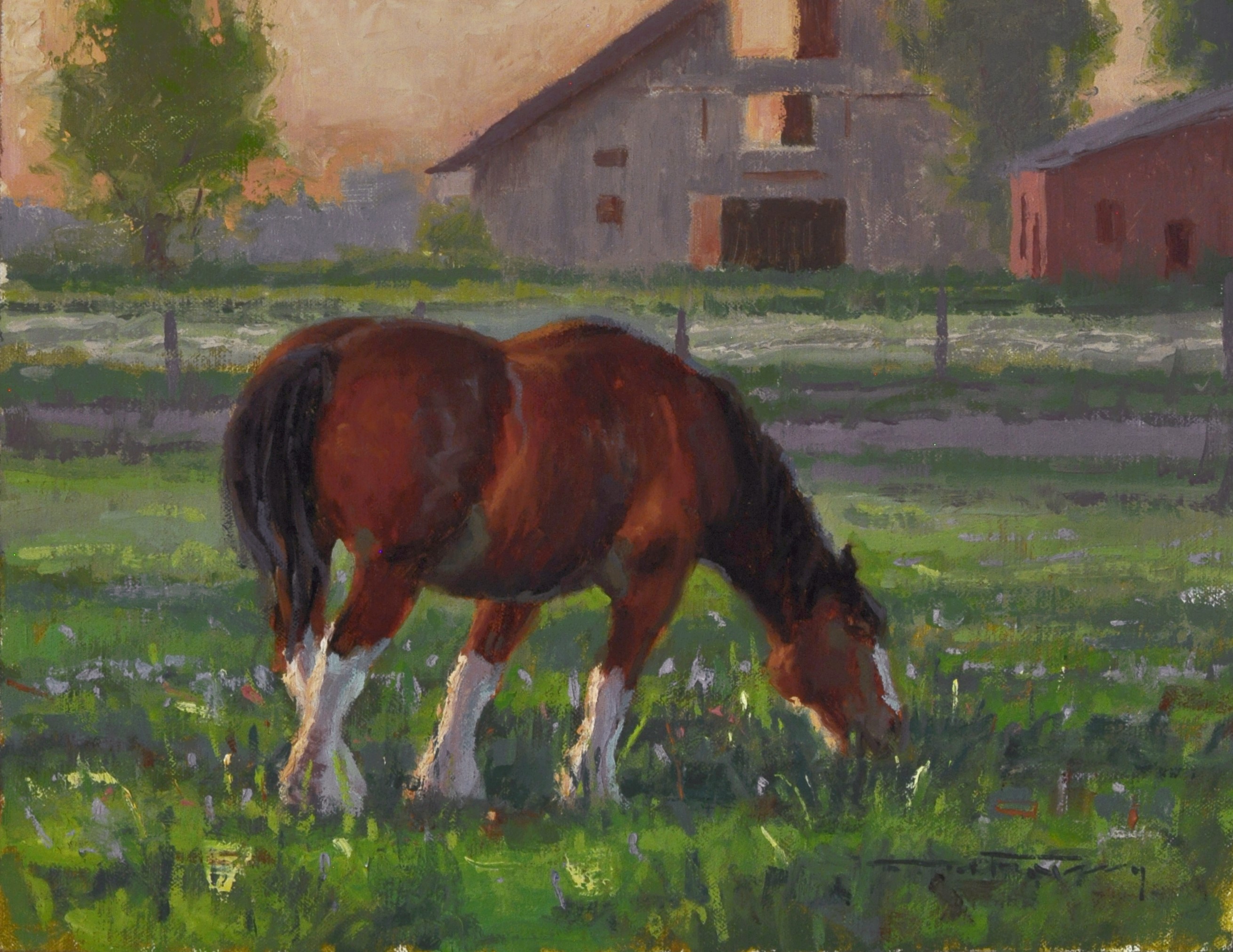 Come visit all the horses at Gallery MAR and check out our video of the Park City event Saturday at @gallerymar on Instagram.