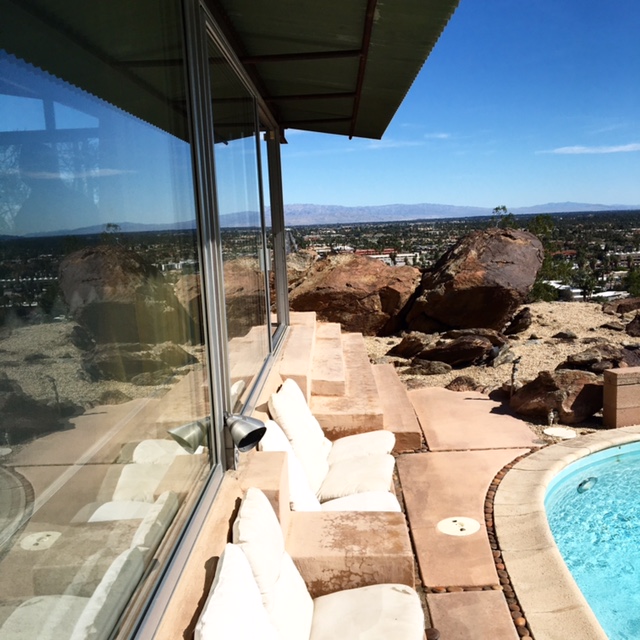 My family has been visiting the Palm Springs area for decades but this February’s visit was the first time we delved into the architectural history of the area.

We hooked up with Michael Stern, a vivacious and knowledgeable tour guide who has written two architecture books and runs The Modern Tour (sometimes fourteen times a week!) from his desert home. With four other passengers, my husband and I were driven through Palm Springs proper and visited and toured through more than twenty significant properties, including the innovative Albert Frey House II (the original “tiny house” — but much cooler), which is a part of the permanent collection of the Palm Springs Art Museum. One home-owner was perusing his emails and we walked through his modern gem. 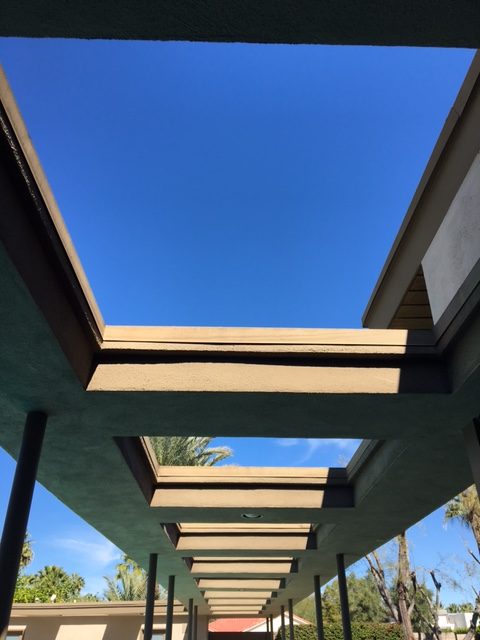 The highlight of the trip for me was the Frank Sinatra home, which is owned by friends of Michael Stern and available by rental for events or vacations. 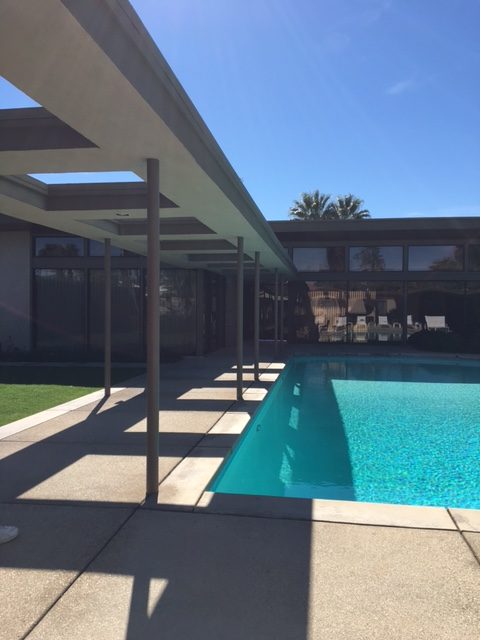 Sinatra initially requested designs for a Georgian-style mansion, complete with a brick facade and column. The architect architect E. Stewart Williams  was appalled. Sinatra had just made his first million and wanted to celebrate in grand style but didn’t have a clue about what Palm Springs design was all about.

However, with renderings of a house composed of long horizontal tines and non-traditional building materials, the architect Williams was able to lure Sinatra away from the idea of a Georgian house towards something more “desert appropriate”. Later, Roger Williams, Stewart’s architectural partner and brother, reflected “We’d have been ruined if we’d been forced to build Georgian in the desert.”

Though the house was only accessible to Hollywood’s elite, the rest of the world caught a glimpse of Twin Palms in Joan Crawford’s 1950 film The Damned Don’t Cry. Sinatra apparently repaid a favor he owed by permitting his house to be used in the movie, though he was insistent that only shots of the exterior could be taken. The house received additional exposure when it was photographed by renowned architectural photographer Julius Shulman. Shulman’s stunning images of Twin Palms capture the allure and simplistic grace of Williams’ design. 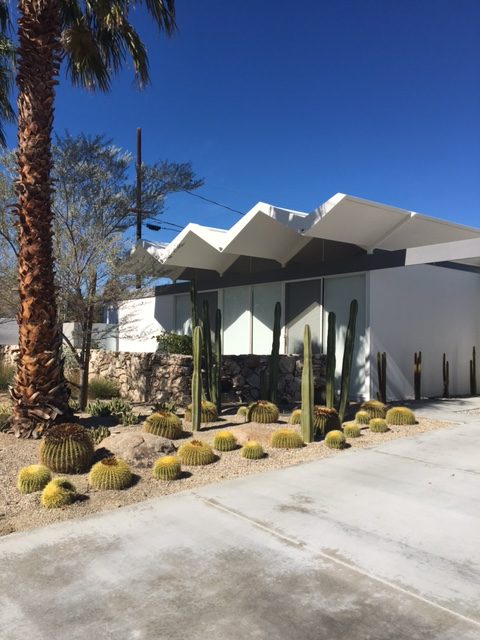 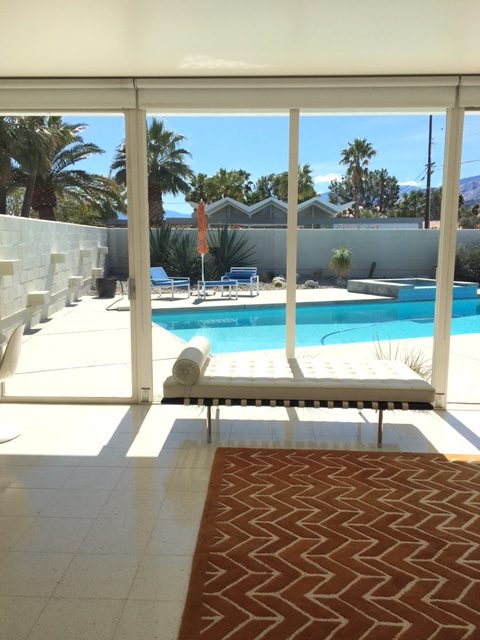 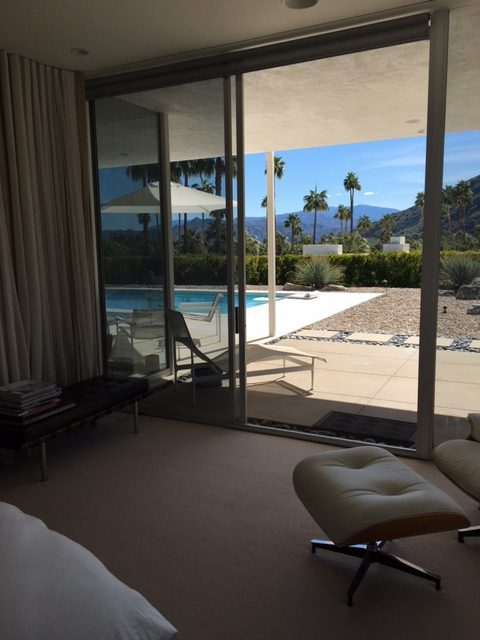