Courtesy of ArtNet News. All photos courtesy of Getty Images.

When it came to this year’s art installations, the Coachella Valley Music and Arts Festival promised to do it bigger than ever—and from the looks of it, they delivered.

Festival-goers were surrounded by colossal works this weekend, including four pillar-like structures called Katrina Chairs by Cuban artist Alexandre Arrechea, who New Yorkers may remember from a series of towering steel installations in 2013 titled “No Limits” at the Park Avenue Mall.

There’s also a series of flashy glass installations on display by Palm Desert-based artist Philip K Smith III, whose mirrored neon towers pulsed under the desert skies at Coachella in 2014.

There’s also Jimenez Lai’s jumbled “Tower of 12 Stories” and R&R Studio’s lustful “Besame Mucho” installation to take in. See them, and other arresting artworks below.

A night view of the art installation Portals, by Philip K Smith III 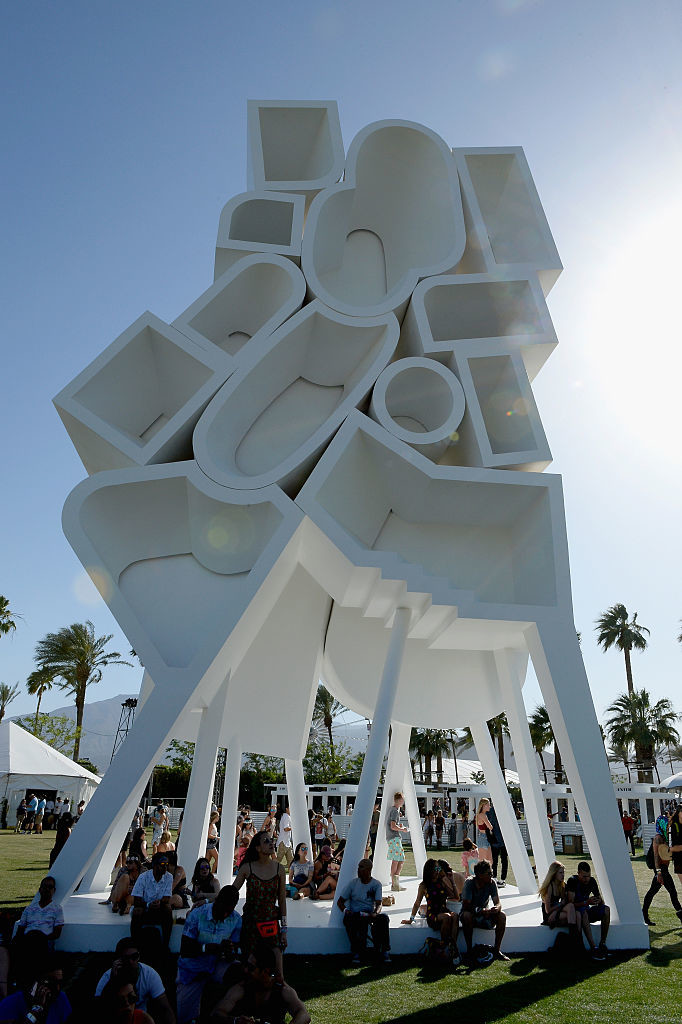 Night view of Katrina Chairs by Alexandre Arrechea of Cuba