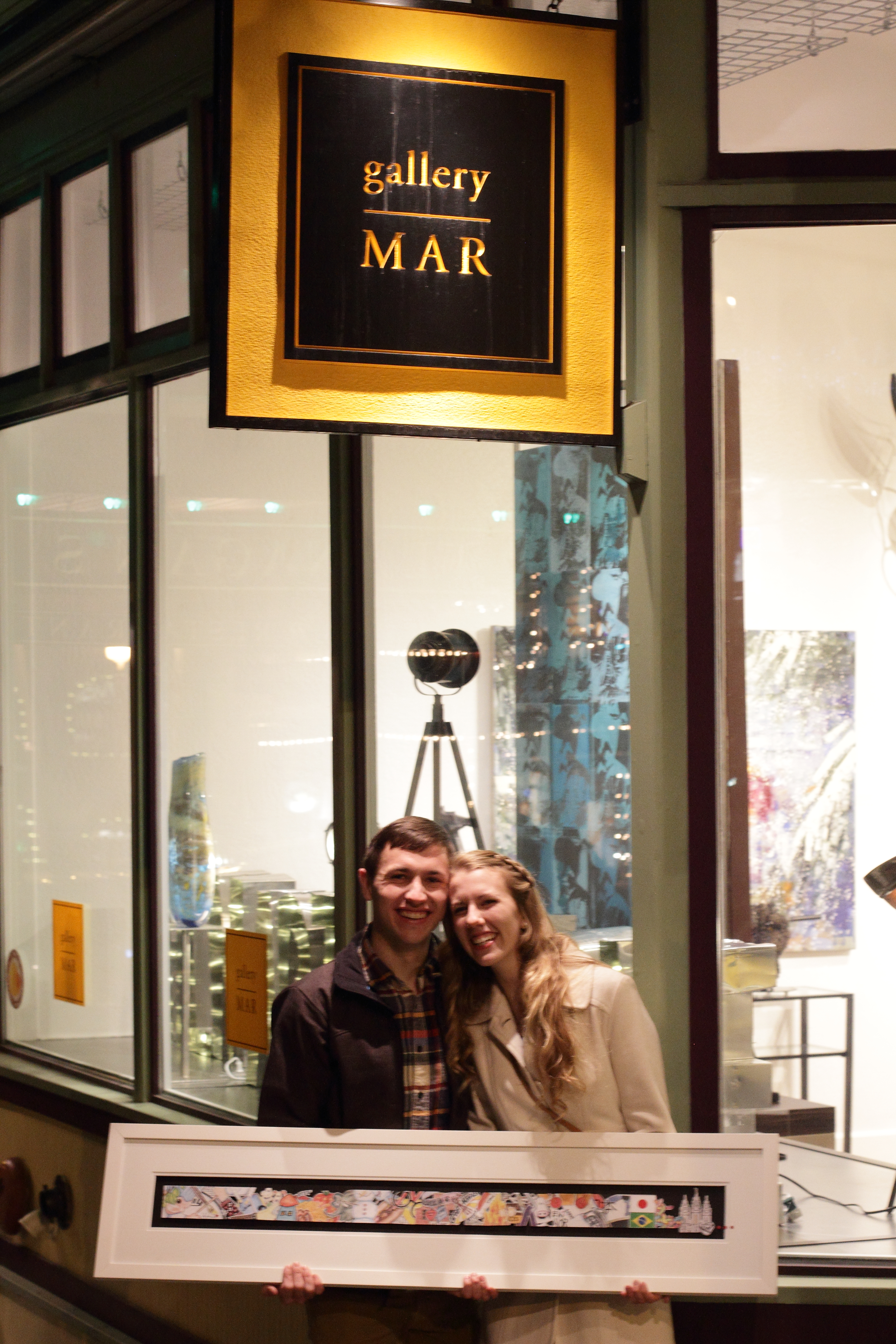 When it came time to propose, Trevor weighed the differences between himself and his soon-to-be fiancée, Maddie. As a lover of the outdoors, Trevor knew Maddie expected him to propose on a romantic hike or picnic in nature. However, both of their love of Park City and for art galleries provided a compromise for a way to pop the question.

During Maddie’s two-year mission in Japan, her father wrote letters and drew pictures to send to her each week. Upon returning, and after dating Trevor for some time, Maddie’s father and Trevor compiled all of the drawings and snippets from his letters into a long, horizontal collage. Trevor called Gallery MAR in Park City, and asked if it would be possible to hang the collage in the gallery the night that he planned to propose. Of course, we said “yes!”

Attempting to make the night as casual as possible, Trevor took Maddie to a pizza joint on Main Street and then suggested they embark on a tour of the galleries. As they passed by Gallery MAR, Trevor nudged Maddie in, just to “check it out.” They strolled through the gallery, admiring the art, until Maddie came to a piece that looked familiar. And as she studied the piece, Trevor got down on one knee…

A big congratulations to Trevor and Maddie, who will be tying the knot this May. We are so pleased to have assisted in your special night and wish you both all the happiness in the world.