This piece has been re-posted, and edited for length, from Artspace to educate our readers.

Why I Took a Short, Slow Walk With Marina Abramovic

Earlier this month, I flew down to Miami to take a slow walk with Marina Abramovic. Let me explain.

Five years ago, when her retrospective “The Artist Is Present” was being developed for the Museum of Modern Art, Abramovic hired me to be one of the “re-performers” enacting her seminal performances in the museum’s galleries. During the year leading leading up to the show, Marina trained me and the other performers in exercises she had developed throughout her career as a durational performance artist. We were invited to her country home in upstate New York, where we fasted, slept in her barn, counted and separated rice, and took walks outside—always together, and usually in slow motion, taking the time to focus on every elongated movement. Then, during the exhibition, I alternately re-performed Luminosity, a 1997 piece in which Marina had suspended herself, naked and arms outstretched, on a bicycle seat mounted on a wall and made eye contact with the audience, and Relation in Time, a 1997 duet in which Marina had originally braided her hair together with that of her collaborator and lover, Ulay.

Viennale 2012: ‘Marina Abramovic: The Artist Is Present’ at Gartenbaukino. Courtesy of Wikipedia

Recently, while I was working on other projects, including a performance by the artist Christopher Knowles, Marina reached out to me again: during Art Basel Miami Beach, she was going to stage “Slow Motion Walk,” the exercise I knew well from training with her, and which had become part of the curriculum at the Marina Abramovic Institute. Would I like to help present the walk, which would be open to the public, and encourage visitors to join and slow down, focus, and be with their selves? Of course, I said. My main question was, “Will there be any bathroom breaks?” When I performed for Marina in the past, usually for three hours at a time, there were absolutely no bathroom breaks.

“Slow Motion Walk” took place on the third floor of a stained-glass-sheathed “Jewel Box” that Ignacio Carrera-Justiz designed in 1975 as part of the Bacardi headquarters on Biscayne Boulevard, and which now had become the campus of the National YoungArts Foundation—an organization I knew well from from my senior year of high school, when they awarded me a fellowship for my dancing. Today the “Jewel Box,” which contains colored-glass designs by the artist Johannes Dietz, is a sanctuary, and a registered historic site.

“Slow Motion Walk” is not a performance piece—it’s purely an exercise from the Marina Abramovic Method, which is a regimen of drills that Marina believes in and performs herself. It is something you do, not watch; there is nothing to buy, only to experience. My role was to facilitate the exercise for six hours each day for four days, helping to guide anyone who wanted to participate through the steps. 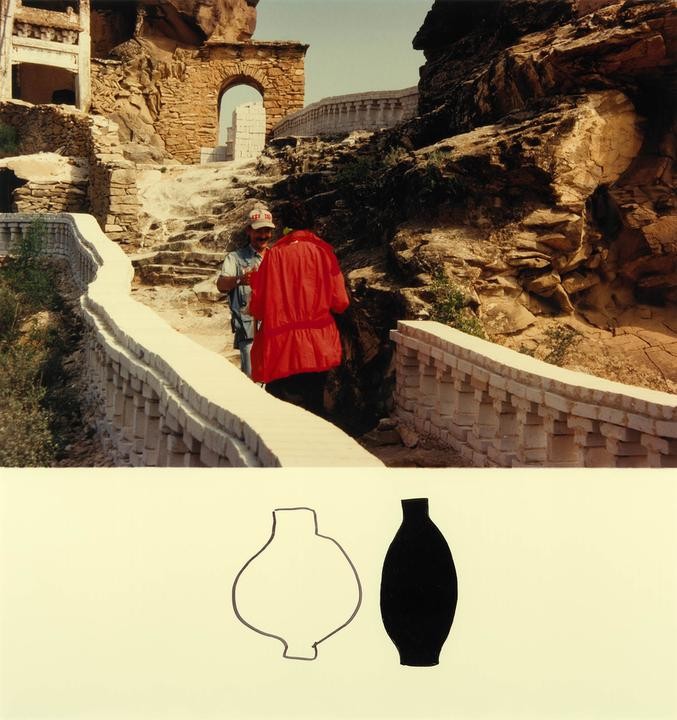 On one special evening, to celebrate the collaboration of Moroso and the Marina Abramovic Institute, YoungArts hosted a “Silent Party” on their campus. I happened to be walking through so I sat down and silently awaited the arrival of Marina, who was late due to the protests against police brutality that had brought traffic to a standstill. The protests had started out silent, and we too were silent, at Marina’s request. Eventually she arrived and everyone was invited to speak.

When “Slow Motion Walk” began, Marina was present—she said she needed to slow-walk, so she too took off her shoes and we all did the same. There were six or seven of us, and we began to walk one lap clockwise around the rectangular space, with Marina staying at the back of the group and myself in the front, though I eventually ended in the middle. This took about 45 minutes, and if someone had continued on the others might have followed—this seemed to be the pattern in the following days. Marina left shortly after the walk, giving me a kiss and hug goodbye. She still calls me her “baby.”

Over the course of the week, there were an average of 50 to 60 participants each day, sometimes with one person walking at a time, sometimes 10. In order to give the mind something to focus on, and to initiate a dialogue that could develop awareness, I explained that each step has four distinct movements: a lifting of the back foot, an extension of that leg, a touching down to the ground, and then a shift of weight before repeating. Then I established a rhythm and, after several steps, I would remind participants to see the space in front of them—which usually helped with alignment issues—to feel their breath move through their body, since slowing down breathing helps to slow down the walk.

The process is a bit like therapy. Sometimes therapy feels great right away, and other times it can feel shitty before it feels great, or maybe it never feels great. But I don’t think the point of “Slow Motion Walk” is to feel great.

Very few people stopped because they couldn’t physically handle the exercise, but there were some who would grab my arm because they were about to fall over, and others who didn’t wish to continue on after the first few steps. A handful of participants laughed hysterically at the idea of slowly walking around the space, and this I loved and viewed as a success in its own right. I pushed one wheelchair. There was one child who didn’t want to participate but watched her mother walk. A man and woman made two laps around the space, which took about two hours, and it was very beautiful. At least a third of the visitors were locals who came not because of Marina but because they wanted to see the space, which is usually inaccessible to the public. I enjoyed walking for as long as possible with the participants, and the only reason I would leave, slowly and quietly, was to welcome newcomers. It was a lovely way to get to know people I had never met before, and the time we shared together was delicate and sweet.