Did You See that Bit about the “Racist Chair”? 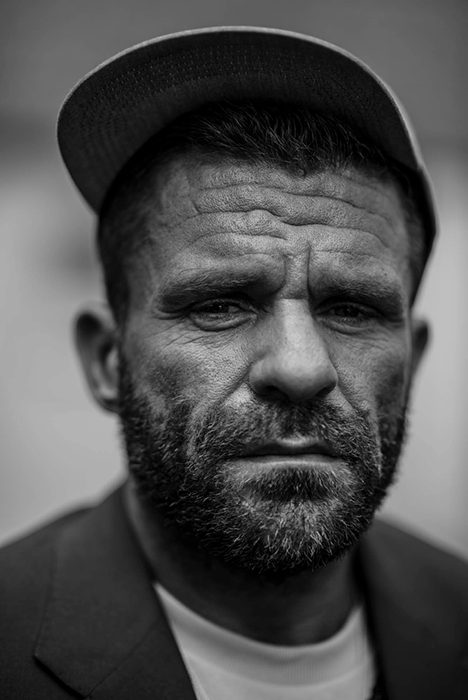 According to Jonathan Jones, blogger for The Guardian, Bjarne Melgaard’s black woman in the shape of a chair – as seen in the now-notorious photoshoot of Roman Abramovich’s girlfriend Dasha Zhukova – has been totally misunderstood.

Did you see the photo? It made the Internet rounds on January 20th, which happens to be Martin Luther King Day. Cue the whole world in a collective gasp. 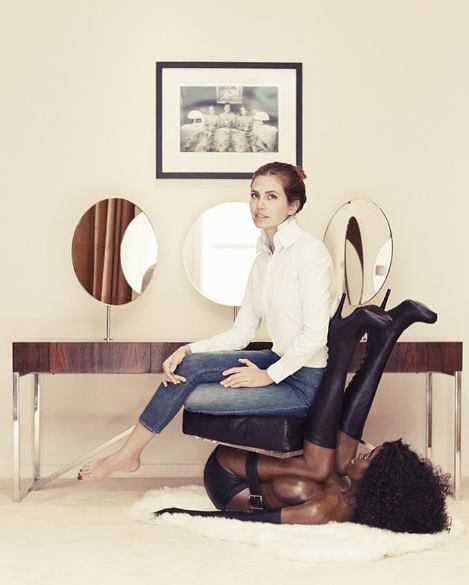 But I doubt that the artist meant to create a racist work, or that the artist is himself racist. Rather, he was looking for exposure. And in that way, the piece was a great success. The New York Times has described Melgaard as a “projectile vomiter” of an artist. Excess is his thing. One of his other sculptures shows the Pink Panther smoking crystal meth. Yuck — yes. But it gets people talking.

His art may be in bad taste, but I am fairly sure that in making this chair he was not intending to denigrate black women. Rather, it is a comment/re-do on the controversial works of the 1960s British artist Allen Jones. This connection has been missing from the public dialog. I’m wondering what Allen Jones’ response is to the re-do, and haven’t seen any piece on that yet.

According to Jonathan Jones (the blogger mentioned above), the new chair is “a pastiche of the pop art sculptures Allen Jones made in the late ’60s, which use women – literally – as furniture. Jones’s art reflects the attitudes of its time. Its hyperbolic sci-fi look inspired the furniture of the Korova Milkbar in A Clockwork Orange.” Okay. I get that. And by making the new chair a black woman, it takes the work a step further.

But then another layer of complexity — adding insult to the artist’s injury, the seated woman (Dasha Zhukova) publicly apologized, in TIME Magazine. I think that’s worse than posing in the first place.

I don’t pretend to have an answer to the question — “is this racist or not?” But I do love that, once again, art is making people talk, challenging them, and educating them. What was your initial response to the chair? Has it changed now?