Dispatch from the London Art World

I just returned from a fabulous trip to England, with time spent in London, Cornwall, and Oxford for my younger sister’s college graduation. I thought I would share some of my art world highlights for those of you either planning to visit or simply curious about what’s new and exciting on the scene on the other side of the Atlantic.

I hit English soil running, heading directly from Heathrow airport to the National Gallery in London. Our host had suggested that we visit the Tate Britain, but I was keen on seeing the National Gallery’s Northern European Renaissance collection – and it is an impressive one, for those of you who appreciate the genre. The National Gallery also has a very interesting and contemporary special exhibition on right now. Called Saints Alive, it is the work of British artist Michael Landy, and features large-scale kinetic sculptures of the martyred saints. The sculptures mimic figures in paintings in the permanent collection with refuse and junk, as if they were weird, illogical machines. The show is unusually modern for the National Gallery, but not incongruous: although the forms are different, this work and the Northern European religious paintings share similar qualities of corporeality and grotesqueness. 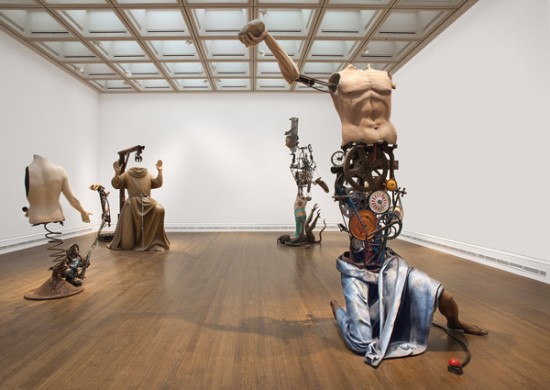 The next day was devoted to the Tate Modern, and it is an exciting time to visit this landmark museum for modern and contemporary art. The Tate Modern is hosting a slew of simultaneous exhibitions featuring artists from the African continent and diaspora, several of whom have had little recognition in the European and Western art worlds. This includes the first ever major museums retrospectives for two celebrated African artists: Ibrahim El-Salahi, Sudanese modernist painter; and Saloua Raouda Choucair, Lebanese abstract painter and sculptor. What I found more exciting, however, was Meschac Gaba’s Museum of Contemporary African Art, in which the Benin artist has constructed a whole microcosm of a museum within the Tate, reconfigured in a way that questions the Western museum structure, and complete with a museum library, restaurant, store, cafe and galleries. My sister and I, bookish as we are, spent about 45 minutes in the library before we realized that there were eight more rooms to see. The show created a truly engrossing and interactive museum experience. Finally, American artist Ellen Gallagher has an important solo exhibition at the Tate right now, AxMe. If you’re not familiar with Gallagher’s work, WSJ magazine ran a great introductory feature on her recently.

I was blown away by this show, and if you’re in London, it’s a must-see (if not, however, the New Museum in NYC is having a concurrent exhibition titled Don’t Axe Me). Below is a piece from the exhibition. (Bird In Hand; 2006; Oil, ink, paper, polymer, salt, gold leaf on canvas) 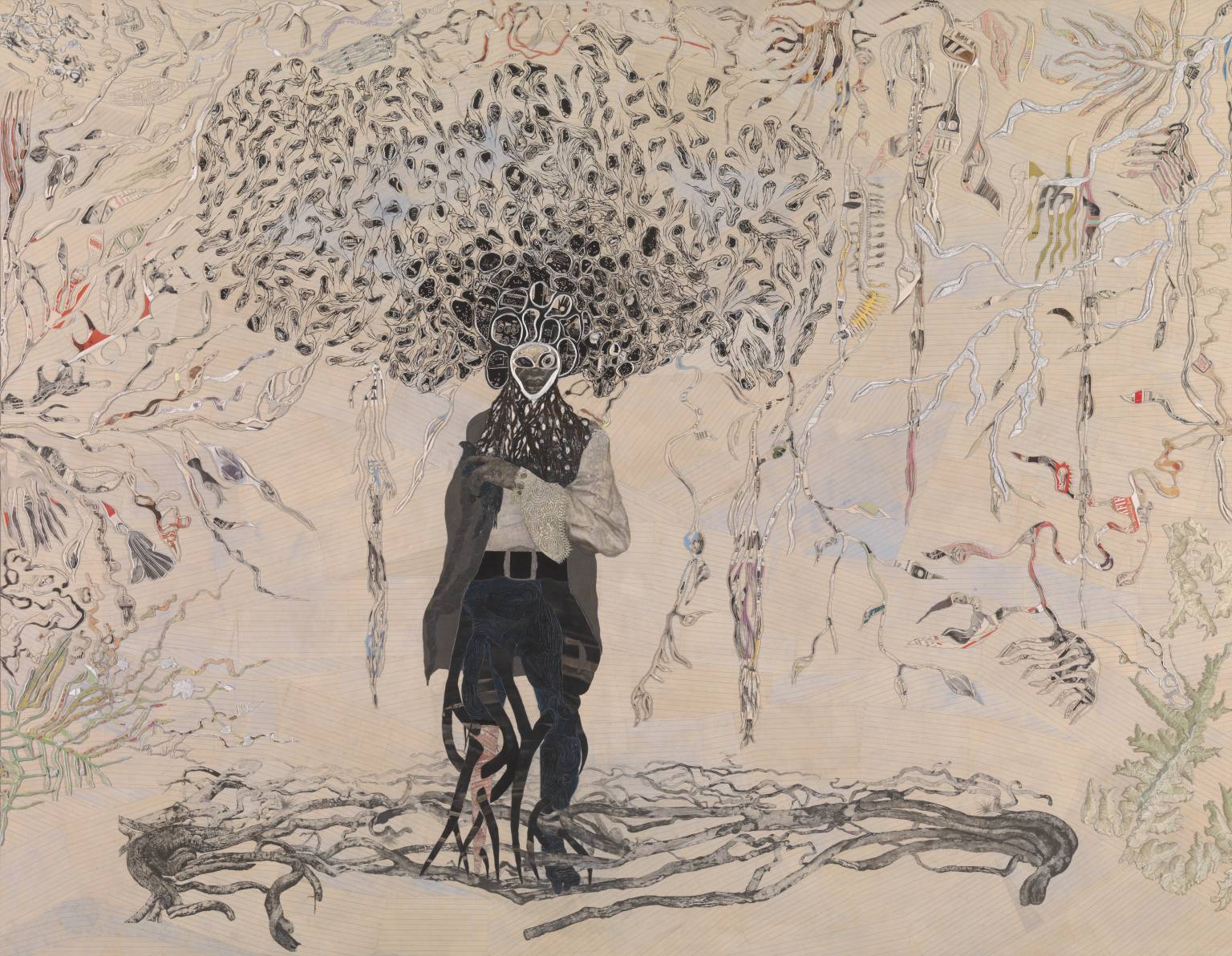 My favorites from the permanent collection were a short film by American artist Kara Walker, and the Rothko Room, a permanent display of six monumental Rothko paintings in a dimly lit room.

As for the rest of the trip, it was less art-centric than the first few days, but art did have a tendency to infuse my whole stay in England. Driving through the countryside in Devon and Cornwall brought to mind certain David Hockney landscapes. (Driving Across the Wolds, 1997) 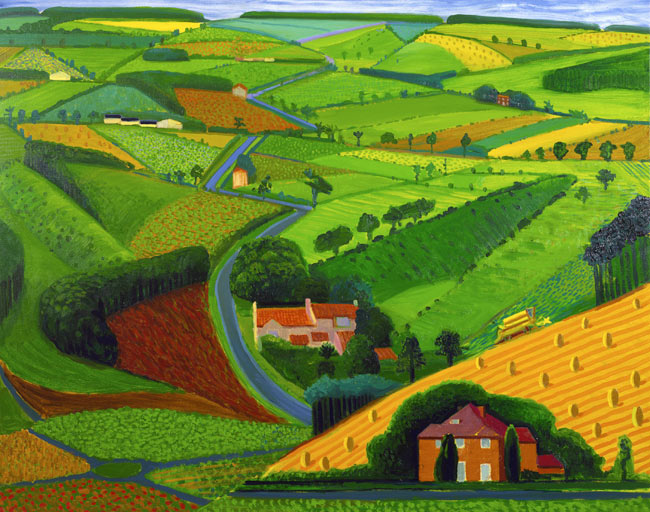 And in Oxford, I happened to stumble into a Joan Miro exhibition, visited Modern Art Oxford and several magnificent ceramic galleries, and admired the plenitude of beautiful architecture, gargoyles, and gardens to be seen wherever the eye happens to fall (below is a collection of Oxford gargoyles). It really was an artful trip. 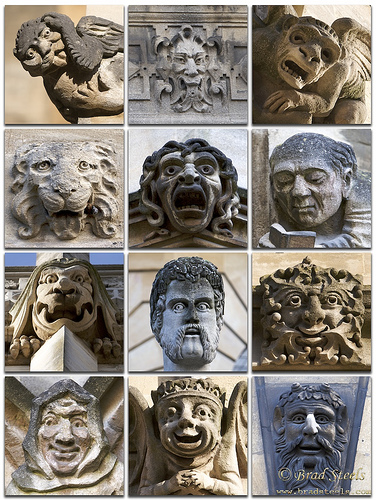