The Investment That Has Outperformed the Stock Market for a Decade 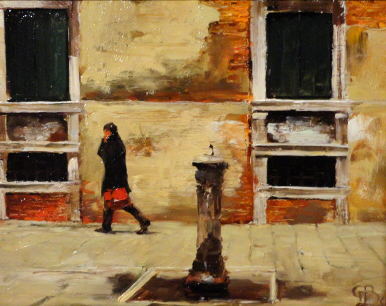 “The S&P index had a total return of total crap in 2011,” Bill Saporito, writing in Time magazine, said recently.

“I should have invested in art,” he said. According to the Mei Moses World All Art Index (MMAI), which has been tracking art returns since 1820, investment-grade art returned 10.2% in 2011, crushing all of the stock indexes, which returned basically nothing.

In the past ten years, Saporito pointed out, art has “pitched a shutout against the S&P, with a compound annual return (CAR) of 4.6% versus 0%. Over the past twenty-five years, however, the S&P has won, with a CAR of 9.3% versus 6.5% for art. Go to a fifty-year time frame and it’s a draw.”

A good argument can be made for investing in art in the future. And that is because the number of wealthy people in the world is increasing at an unprecedented rate. Every year, China, Brazil, and India are producing millionaires and multimillionaires by the thousands.

Wealthy people buy art. With more wealthy people in the world, we can expect to see more people buying art. Pepe Karmel, a New York University art historian, puts it this way: “If you are a hedge-fund trader or a venture-cap dude or in real estate, you are in the business of thinking about the future, and in a way that’s what art does.”

By the way, there is a relationship between art and stocks that is worth noting. According to the MMAI, there is typically a twelve- to eighteen-month lag between stock market and art market performance. In other words, wealthy investors seem to use some of their stock market profits to buy art.

Why? According to Michael Moses, a retired New York University business professor and co-founder of Beautiful Assets Advisors, the company that created the MMAI, “The wealthy view art as a wealth preserver.”

That is certainly how I see it.