Last Friday was an exciting night at the Canyon’s as the Kimball Art Center auctioned off artistically decorated chair lifts for both local non-profits and the KAC. Total sales for the night were around $90,ooo, most of which went to supporting programs and events at the Kimball Art Center. Scott Wolf served as the “MC”, star of ABC’s new hit show,V in the Grand Summit Ballroom, which was followed by music from Bryon Friedman. 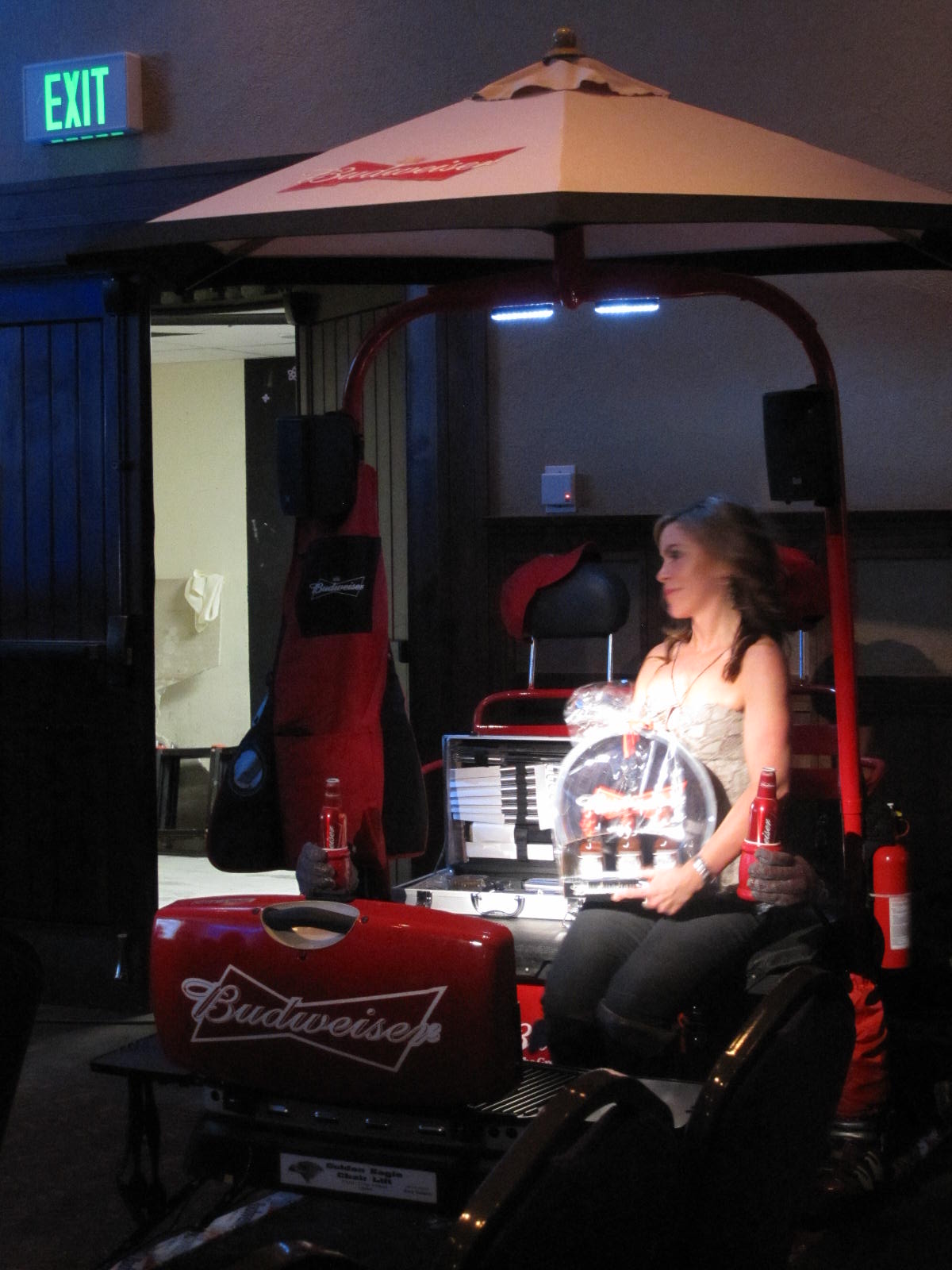 The Budweiser chair, which sold for a steal at around $2,000

One of the chairs sold for $14,000, with most in the range of $2,000. Not bad for free and recycled chairs! What an incredible opportunity for the KAC and a truly fun and vibrant event for locals here in town. I saw many of the regular supporters of the Kimball, but also a few new faces to the Arts Center. Let’s hope that they recognize the importance of the Kimball and continue to support their programs and events here in Park City. Gallery MAR will!