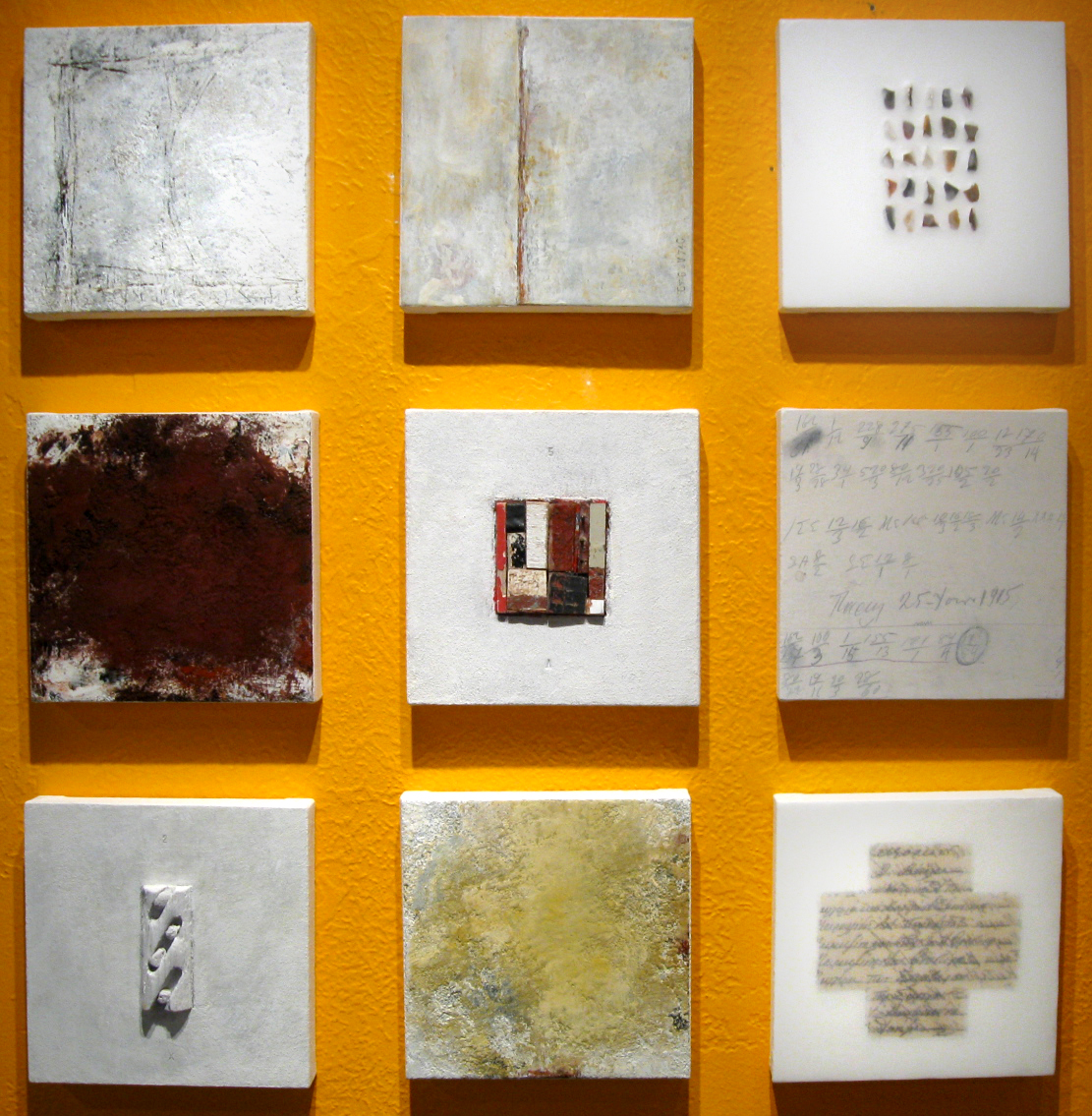 When Gallery MAR owner Maren Mullin was traveling through Greece she was captivated by the local artwork, especially German-born artist Leoni Schmiedel, whose cliff-side studio Mullin wandered into. Schmiedel’s works have been exhibited across Europe and are now for the first time in the United States. The artworks– collages of Greece– are a composition collage made of the elaboration of surface and colors. The materials she uses such as sand, parchment and pieces collected from nature, hold the secrets of past eras of Greece. Wood (curved by sand and sea), faded-out papers and antique manuscripts, and ledgers are joined together again by changing time and place.

Leoni has commissioned artworks in Dresdner Bank in Germany and has been featured in many European style magazines. She has participated in several exhibitions in Cologne, Nurnberg and Aachen, Germany.

Permanent residence on Santorini, Greece since 1997