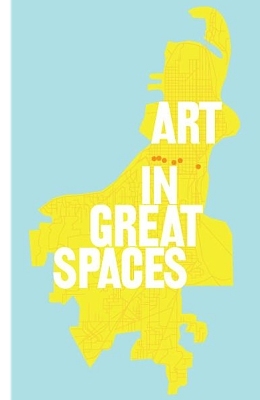 On recent trip to Seattle, Washington, I came across a new, fantastic art business venture. Empty spaces and needy artists unite in “Art in Great Spaces” in downtown Everett, Washington. From now until September 30th, “Art in Great Spaces” will feature working artists in five vacant storefronts around this downtown suburb. Six different artists will be featured during each six-week session. From painting and encaustics, to sculpture, the public is invited to observe, interact and learn. I walked in on a print-maker, who eagerly showed me her new works, and let me help operate her press.

In St. Louis, the Regional Arts Commission has teamed up with a local mall to help fill vacant retail space with art studios, galleries, performance groups, classes, and more. The project, called “Art Space,” has brought an increase in visitors to the flailing mall, and has helped merchants stay in business, according to Jill McGuire, executive director of the Regional Arts Commission. A dance studio is now in the place of what was once a Gap clothing store. The performers use the dressing rooms to change into costumes, and the wooden floors are now used for tap and Irish dancing. More than 60 arts groups have signed contracts for the empty retail space so far. The rent is nominal, averaging $100 per month, plus utilities.

The US is not the only country to get in on this great idea. The United Kingdom is exploring new exhibition space ideas as well: where commercial enterprise has stalled and shops shut out, artists and galleries are now taking the initiative and moving in. This is a development the UK government announced its support for in April, unveiling a £3m grant scheme to allow people to breathe new life into vacant spaces in downtown areas.

Artists are coping and finding new ways to surmount the dismal economy. For a little inspiration, here is a slide show of working artists and their new perspectives on art in difficult financial times.