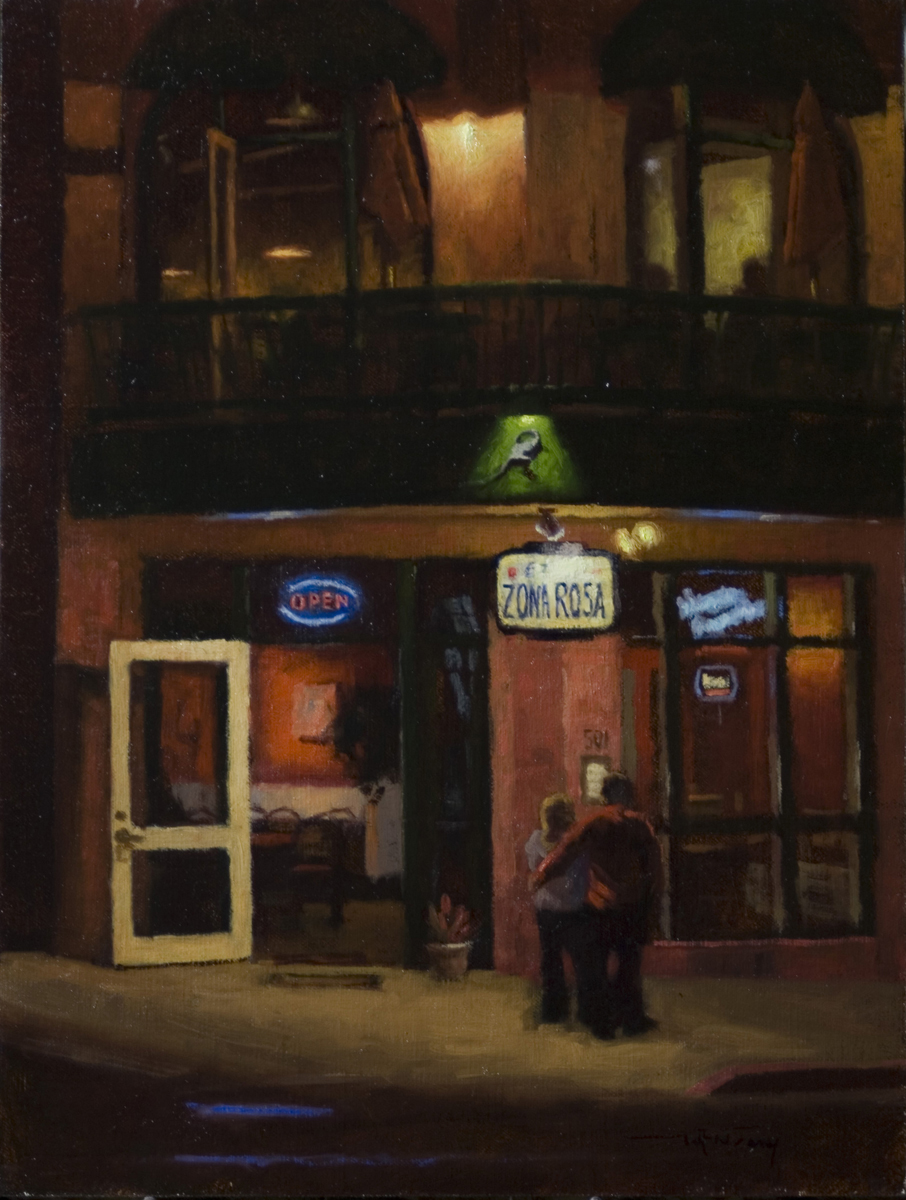 Main Street has official been deluged with film-goers, studio execs, and celebrity gawkers. This quiet scene (above) fresh from Warren Neary’s studio is a far cry from the intense action and noise that is currently taking over Park City. The world renowned Sundance Film Festival is in its 25th year. We’ll keep a tally of celebrities who darken our door and post it in the next blog entry, along with the top films that we were able to see.

We’re going to also check out the New Frontier on Main, which melds art, science and film and where the only rules are that you break them. According to the Park Record, the films, which challenge viewers to examine everything from beekeepers to factory workers, can be seen throughout the 10-day festival on several of the festival screens around town. The installations play simultaneously on the lower level of the Main Street Mall from noon to 7 pm and are open to the public as space permits.