The first two “People of the Road” sculptures in the Menomonee Valley.
Photo: CHUCK QUIRMBACH

A series of metal sculptures taking shape in Milwaukee’s Menomonee Valley honors the men and women who worked at a now-lost transportation giant. The “People of the Road” [by Richard Taylor, Gallery MAR artist] monument is a tribute to the thousands who labored for a passenger and freight-rail service best known as the Milwaukee Road.

The railroad was officially known in its later years as the Chicago, Milwaukee, Saint Paul and Pacific. That’s because in its heyday it operated on 10,000 miles of track in the Midwest and Pacific Northwest. But for much of the carrier’s nearly 140 years, Milwaukee was a key part of the company’s success. A huge railcar and locomotive shop at the southwest corner of the Menomonee Valley employed more than 5,000 people.

In attendance of the unveiling was David Pierce, who briefly worked for the Milwaukee Road.

“I was what you call a gandy-dancer. So, I used an 8-pound maul hammer, and I would pound spikes into the rail and we repaired the track. It was a federal project to repair them from Wauwatosa to Watertown. That was my three-month career with the Milwaukee Road. I was glad to move on,” Pierce recalls to WUWM.

“I think it’s important that organized labor is recognized. We were in a union there, and that was a way for the workers to be treated fairly, in safe working conditions. There was always someone to look out for you.” Pierce remembered.

Milwaukee sculptor Richard Taylor stands in his Riverwest studio. Before him is a maquette, or scale model, of the “People of the Road” monument.

The person looking out now for the story of the workers is the creator of the sculptures, Milwaukee artist Richard Taylor.

Taylor says his father worked briefly for the Milwaukee Road. But the artist hopes the monument honors all the workers.

“I know I could have gone in other directions, with the iconography of the locomotives and the railcars, the tracks, and that sort of thing. But I thought the people should really be honored because it was such a rich history. It supported so many workers and families for decades and decades,” he says. 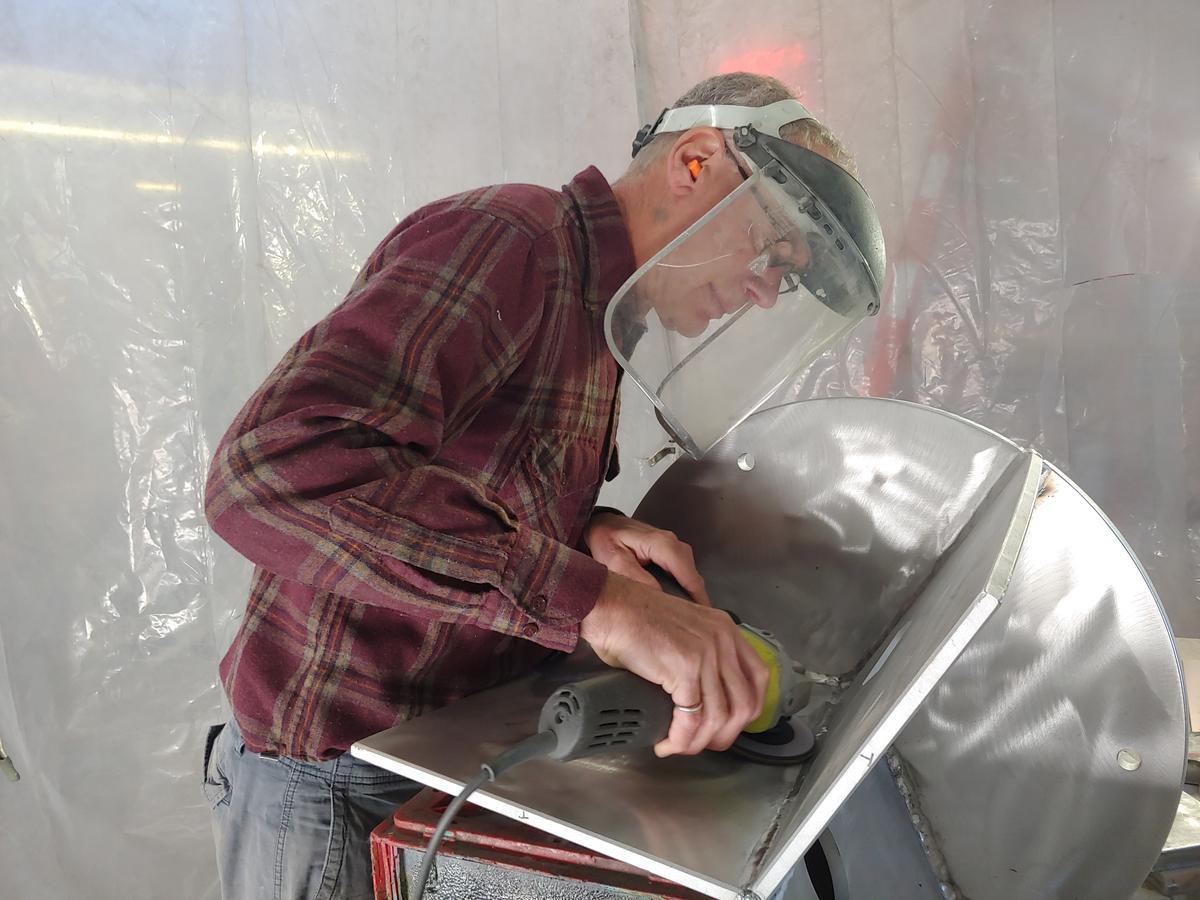 “We wanted to emphasize that there were women who did heavy work, did mechanical work, were employed by the Milwaukee Road in doing assembly and hard work,” Taylor said.

The sculptures are in silhouette, meaning they look 2D and you can’t make out the workers faces. Deliberate choices, says Taylor.

“The silhouettes let each one of us fill in these figures with, who knows? Maybe someone we know who resembles the physiognomy of that person. Maybe a relative. Maybe someone we know who worked on the railroad becomes one of these figures.” He continued, “It also let me overlay the figures with a little bit of railroad track, sort of imprint them with the railroad, or second the notion that yes, these are people of the Road.” 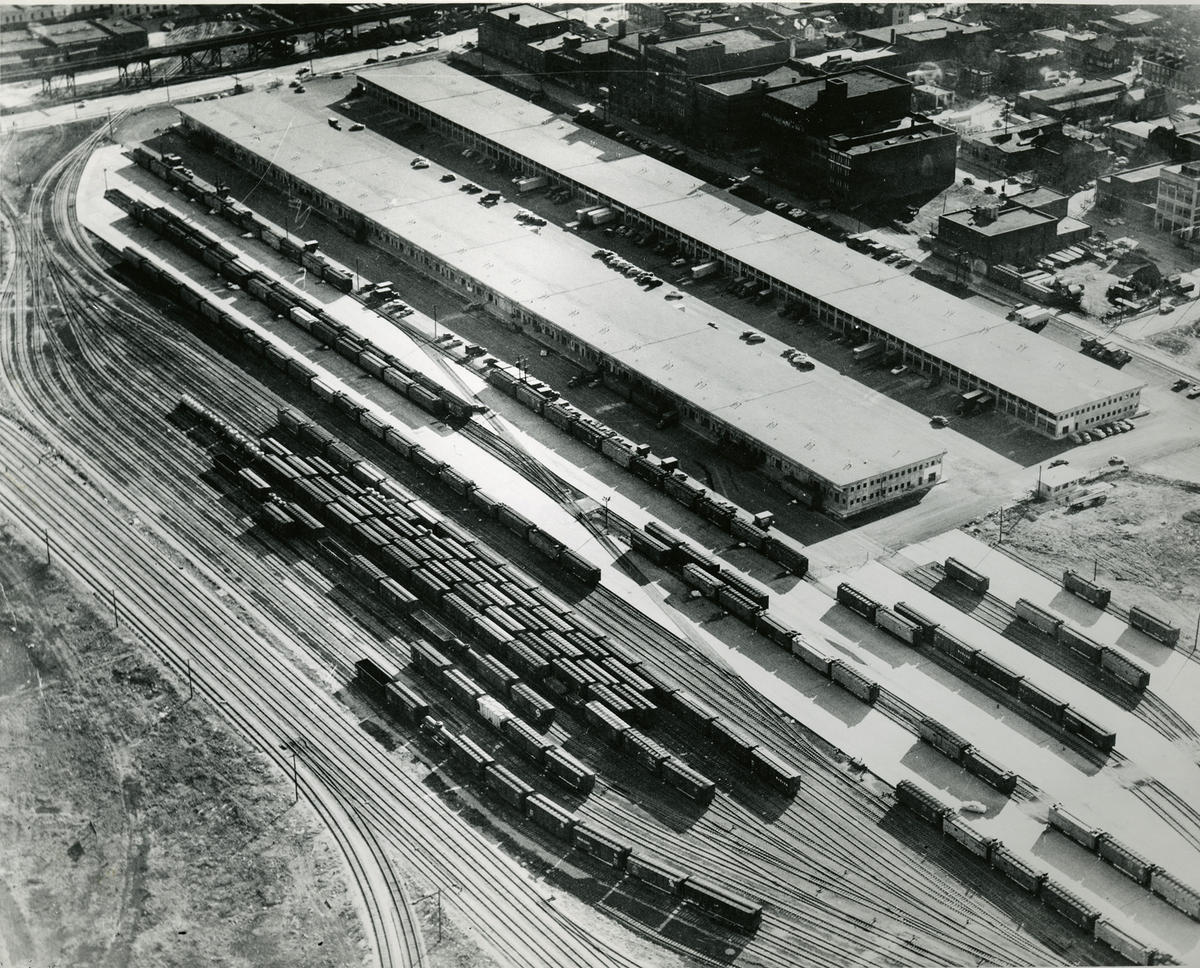 Taylor was recently given the go-ahead to work on the third sculpture. He hopes to have it up by August. The Friends of the Hank Aaron State Trail is still trying to raise money for the other two figures.

Taylor says he understands that the layoffs of thousands of people more than four decades ago still doesn’t sit well with some.

“It is a rather bittersweet topic. But there are wonderful memories. There are people like my father who have great memories and great pride in the time he spent working on the railroad,” Taylor concluded.