Art Makes the Difference — Even for John Mellencamp

There is something very personal and special about these interior spaces, and what is that difference? It’s the art—the pieces themselves, the groupings and the unique installations. This article originally appeared in the March 2014 issue of Architectural Digest. 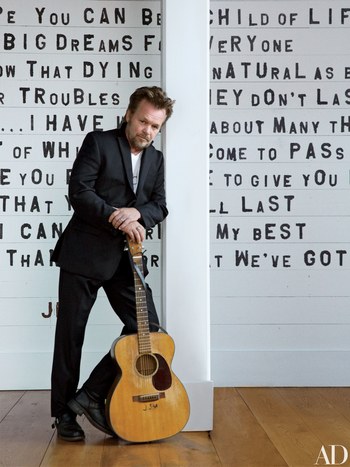 Singer-songwriter John Mellencamp at his retreat on South Carolina’s Daufuskie Island; he stenciled the wall with lyrics from one of his songs. [Gallery MAR can coordinate custom wall murals and commissions along this line.] The home was designed by Neil Gordon Architect and decorated by Monique Gibson Interior Design.

Some 30 years ago John Mellencamp discovered Daufuskie Island, a relatively unspoiled spot in South Carolina, just across the border from Savannah, Georgia.

Fascinated by the island’s history (until the 1980s it had been inhabited largely by the Gullah, descendants of freed slaves) and enamored of its privacy (it can only be reached by boat), the singer-songwriter purchased several acres on the Atlantic Ocean. But the land sat empty for more than a decade. “I had every intention of building a house—I just never got around to it,” says Mellencamp. 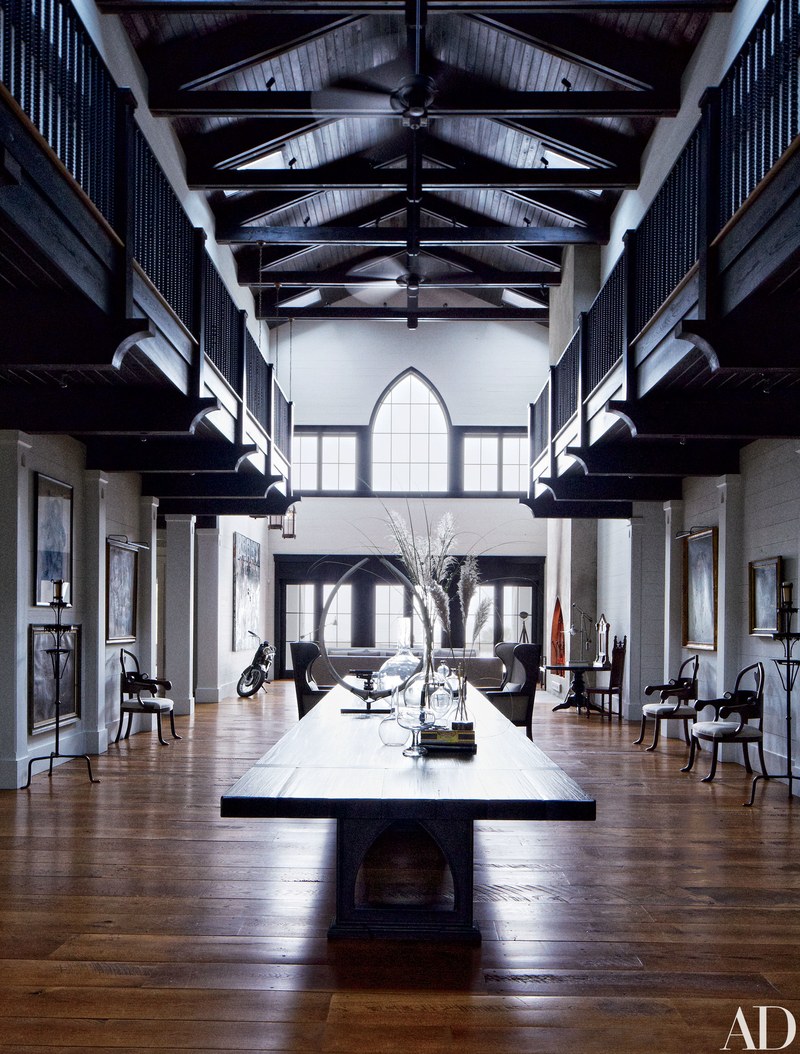 Occupying the center of the house is a double-height living hall inspired by a church nave. The custom-made dining table is topped with a whale-rib sculpture from Balsamo Antiques, and the wing chairs and armchairs are by Lucca Antiques.

Then one day he snapped a photograph of a church in Myrtle Beach, and the structure’s shape inspired him to finally hire an architect. The finished residence—the work of Neil Gordon, whose office is on neighboring Hilton Head Island—bears ample evidence of that church’s influence, with pointed-arch windows and doors and a navelike central living hall that is ringed by a gallery reminiscent of a choir loft. Mellencamp filled the rooms with odds and ends from storage, but the home, like the property before it, “just kind of sat fallow,” he says.

It took some persuading by his girlfriend, Meg Ryan, to make the home something special. Energized by her enthusiasm, he called New York City interior designer Monique Gibson, with whom he’d collaborated on three previous dwellings.

The dining table displays an assortment of glass vessels from Balsamo Antiques; RG Ironworks made the French doors.

Artworks by Walt Kuhn, Marvin Cherney, and Jack Levine are displayed everywhere—from the shelves in the kitchen to the wall above the headboard in the master bedroom—the expressive social-realist portraits evoking the characters in Mellencamp’s gritty songbook. (The musician is currently working on his first solo album in four years, with producer T Bone Burnett.) Mixed among that boldface art are cherished bits of ephemera, such as vintage signs from a now-demolished mental hospital; the gilt letters of one spell out the institute for wayward young women.

In the kitchen, pendant lights by RH hang near portraits by Marvin Cherney and Walt Kuhn. 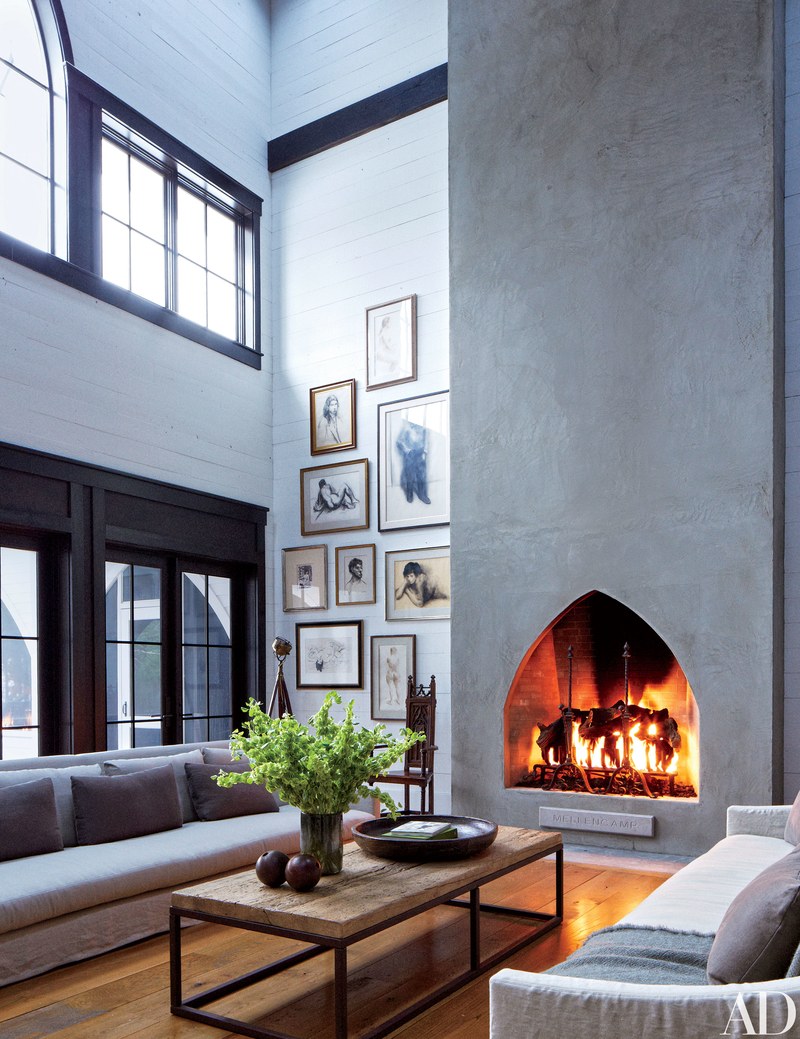 Drawings by Walt Kuhn and Marvin Cherney grace the living hall, which is painted in a Benjamin Moore white; the cocktail table is by RH, and the windows here and throughout the house are by Marvin Windows and Doors.

In the master bedroom, a large Marvin Cherney work is propped on a Monique Gibson–designed bed dressed with Sferra linens; the lamps are by the Urban Electric Co., and the British Colonial armchair is from Anglo-Raj Antiques.

While Daufuskie is Mellencamp’s refuge, he readily throws open the five guest rooms to friends and family, proof that a once forlorn and overgrown piece of real estate has become absolutely essential. “John really uses this place now,” Gibson notes. “I take that as a huge compliment.”

Gallery MAR welcomes you to stroll through our collection and find pieces that will make your home something truly special. Celebrity status not required.