Have you ever wanted a painting by a mandrill or a Sumatran tiger? Then look no further than the San Francisco Zoo. These animals, among a variety of others, have produced a collective body of paintings in what the zoo calls their “Animal Artists in Residence” project, which has been a source of controversy for the institution. The San Francisco Zoo has been struggling to create new ways to raise funds.

In “ZooFest,” roughly 50 paintings created by zoo animals will be auctioned at the zoo to support its annual budget. Until then, the zoo is hosting a public auction on eBay. The zoo states that the animals’ creative output “provides enrichment,” but members of the public might not be so quick to agree. Recent interest in the phenomenon has prompted a number of questions and concerns regarding the ethics and possibilities of turning a profit, that emerged from animal-made art.

The United States Copyright office explicitly notes that objects created by non-humans are ineligible for copyright. This 2014 decision set a precedent for how humans could approach animal-made art objects. Photographer David Slater, for instance, was denied attempts at claiming the copyright for an Indonesian monkey’s selfie that year.

Here, locally, at the Salt Lake City Hogle Zoo, paintings by the zoo’s elephants are also available for sale.

See more images of the animals’ works below. 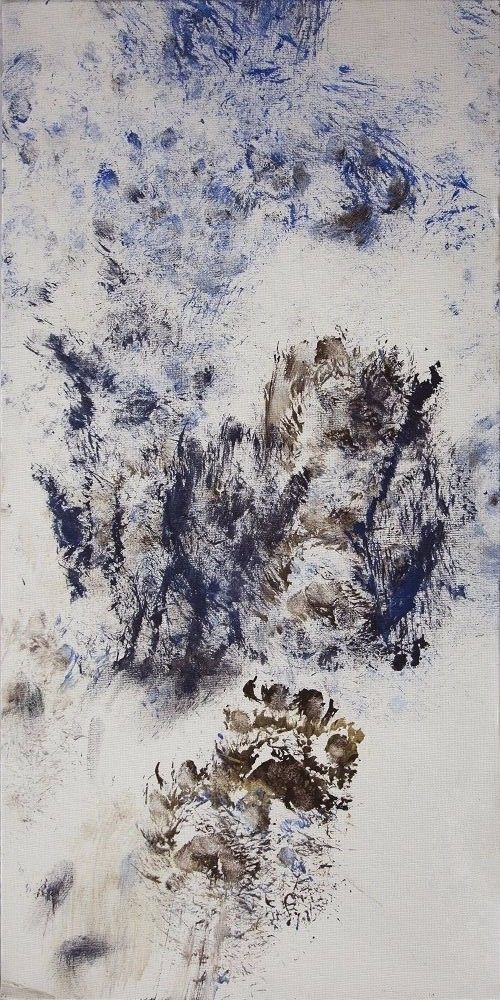