Best Seat in the House: The Eames Lounge Chair 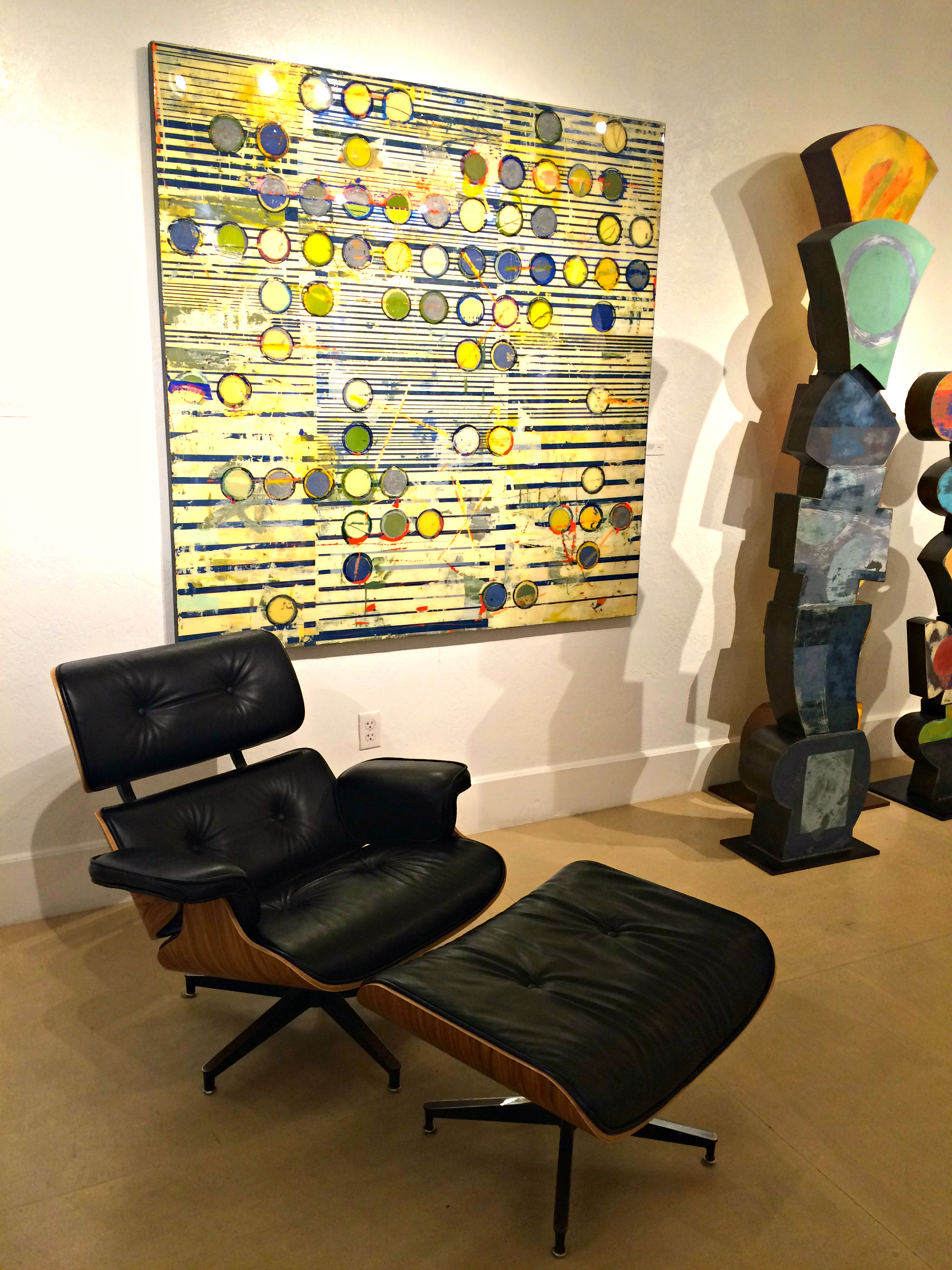 In our Park City gallery, we get a lot of questions about our furniture, and one chair in particular certainly takes center stage… and also takes lots of weary feet and elevates them! Fine Art Consultant Eileen Treasure delves into the history of the chair in this week’s blog post.

The Eames Lounge Chair and Ottoman were designed by Charles and Ray Eames in 1956 for the Herman Miller Furniture Company. Charles Eames’ vision for the chair was “the warm, receptive look of a well-used first baseman’s mitt.”

The chair is composed of three curved plywood shells:  the headrest, the backrest and the seat. From 1956 to the early 1990s, the shells were made of five thin layers of plywood covered in Brazilian rosewood veneer. Since the ’90s, the shells consist of seven layers of plywood covered in cherry, walnut or Palisander rosewood (a sustainably-grown wood with similar grain patterns to the original Brazilian versions and offered in 2006 to commemorate the 50th anniversary of the chair).

The Eames Lounge Chair and Ottoman has been in continuous production by Herman Miller for sixty years and is part of the permanent collection of the New York Museum of Modern Art (MOMA), donated by the Herman Miller Furniture Company in 1960.