25 Art World Women at the Top

Courtesy of ArtNet. For centuries, the art world and art market were dominated by men—just look at Giorgio Vasari’s The Lives of the Artists, or, more recently, Jonathan Jones’s all-male list of the greatest artworks ever—but that’s beginning to change. Women now occupy top positions in every sector of the art world, and though they are still paid less than their male colleagues in similar roles, they are slowly helping to right the industry’s historic gender imbalance. Herewith, artnet News recognizes the invaluable work of 25 art world power players who are women. 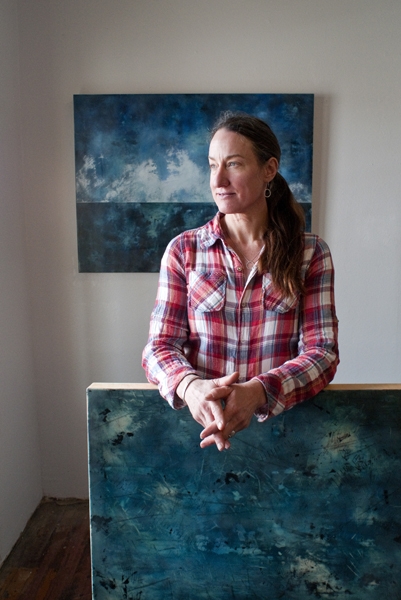 At Gallery MAR, more than half of our artists are female, and our staff is a power-house of women as well. Read on to explore some of the most powerful women in the art world today. One such artist is Shawna Moore, pictured here. Read on for more inspiring females.

Jeanne Greenberg-Rohatyn The founder of Salon 94, which has three locations in New York City, as well as a private dealer and independent curator, Greenberg-Rohatyn has been described as a “stealth force in the art world,” and works with several celebrity clients including Jay Z and Alex Rodriguez.

Pearl Lam Lam has been a champion of Asian art for over two decades. Her eponymous gallery has locations in Shanghai, Hong Kong, and Singapore. Her eccentric sense of style and outspoken personality has earned her the nickname the “Chinese Auntie Mame.”

Thelma Golden The director and chief curator of the Studio Museum in Harlem, Golden is known for curating exhibits that spark dialogue among viewers and critics alike. She has established the Studio Museum as a leading source for contemporary African-American art. In 2008, she served as a a member of the advisory team of the Whitney Biennial and is an active guest curator, writer, lecturer, juror, and adviser.

Nancy Spector Spector is deputy director and chief curator at the Solomon R. Guggenheim Museum, and served as adjunct curator of the 1997 Venice Biennale and a co-curator of the first Berlin Biennale in 1998. She made the controversial decision to select the artist Felix Gonzalez-Torres for the American pavilion at the 2007 Venice Biennale.

Marina Abramović The self-described “grandmother of performance art,” Abramovic is one of the most in-demand artists today. In 2010, the Museum of Modern Art held a major retrospective and re-performance of Abramović’s work, the biggest exhibition of performance art in MoMA’s history. In 2013, she worked with Lady Gaga on her album ARTPOP and collaborated with Jay Z on his infamous “Picasso Baby” performance.

Marian Goodman The Marian Goodman Gallery has been in operation since 1977 and represents several leading international artists, including William Kentridge, Gerhard Richter, Tony Cragg and Richard Deacon as well as Americans Dan Graham, Lawrence Weiner, and John Baldessari, most of whom joined her relatively early in their careers. Goodman is ranked fifth on Forbes‘s list of America’s Most Powerful Art Dealers.

Dasha Zhukova The Russian socialite and fashionista is the founder of the non-profit IRIS Foundation, Moscow’s Garage Center for Contemporary Culture, and the bi-annual publication Garage. She is also the co-founder and creative director of Artsy.

Dominique Lévy Lévy was co-director of the Upper East Side contemporary gallery L&M Arts with Robert Mnuchin, and is now operating her own eponymous gallery. She was also formerly director of Christie’s international private sales division.

Sheikha Al-Mayassa Named by the Economist as as “the art world’s most powerful woman,” she chairs the Qatar Museums Authority and the Doha Film Institute—two arts institutions established to create cultural bridges and authentic narratives. By extending Qatar’s art collection and inviting international art players to Doha, she embodies Qatar’s cultural policy.

Jinqing Caroline Cai Cai is the president of Christie’s China. She is responsible for growing the Christie’s brand in the burgeoning Chinese art market.

Kristine Bell As a partner at David Zwirner, Bell oversees the 20th Street location, and is responsible for much of the excellent programming there since it opened last year, including shows by Dan Flavin and Ad Reinhardt.

Rachel Lehmann Lehmann has been a gallerist since the 1980s, when she had a space in Geneva. Since arriving in New York in the 1990s and teaming up with partner David Maupin, she has built an impressive roster of over 28 artists, including Gilbert & George, Tracey Emin, and Angel Otero.

Andrea Glimcher Glimcher is the director at the legendary Pace Gallery and was instrumental in planning Jay Z’s performance of “Picasso Baby” last year as well as making sure the space was packed with some of the biggest names in the art world.

Cindy Sherman Sherman’s film and photography, in addition to being some of the most expensive ever sold, is known for raising questions about the representation of women in society. She has had shows all over the world, including a 2012 retrospective at the MoMA.

Melissa Chiu Chiu is the museum director of the Asia Society, as well as the author of several books on Chinese contemporary art and one of the world’s leading authorities on modern and contemporary Asian art.

Marilyn Minter Minter’s work defies easy characterization, but she describes herself as “a generator of imagery,” often exploring themes of beauty, glamor, and sexuality. She has sold works to Madonna and Tom Ford, and created billboards all over New York City as part of the 2006 Whitney Biennial.

Roberta Smith The New York Times art critic is known for “pushing against trends, contextualizing genres and strategies that the white gallery space leaves out, or reminding us that looking at art is a chancy act of prolonged engagement.” She has also written numerous essays for catalogues and monographs on contemporary artists.

Cheyenne Westphal Westphal is the co-head of Sotheby’s contemporary art department. She began her career with Sotheby’s, and in 2008 she was instrumental in realizing the unprecedented Damien Hirst auction Beautiful Inside My Head Forever, which generated more than $200 million in sales.

Ann Temkin The chief curator of painting and sculpture at MoMA sees her role as creating exhibitions that “leave a lot of the creative work of experiencing art up to the viewer and yet provide [them] with the tools and connections for a really rich experience.”

Barbara Gladstone With over 25 years in the business, Gladstone represents Shirin Neshat, Anish Kapoor, Sarah Lucas, and Matthew Barney through her Chelsea gallery, which was designed by Annabelle Selldorf. She also established the Stuart Regen Visionaries Fund at the New Museum, in honor of the her late son and renowned art dealer.

Clarissa Dalrymple Credited with having curated exhibitions of several now-huge artists including Christopher Wool, Damien Hirst, Sarah Lucas, Gary Hume, Rachel Whiteread, Neo Rauch, Ashley Bickerton, and more, Dalrymple is now an independent curator. Linda Yablonsky wrote that she has “an almost psychic ability to pinpoint who and what in art will matter next.”

Yoko Ono A woman who needs no introduction, Ono’s own accomplishments have surpassed her legacy as Mrs. John Lennon. Her involvement with Fluxus, as well as her consistently avant-garde art, music, and filmmaking, have ensured her a spot in the art historical canon.

Emily Rafferty Rafferty became president of the Metropolitan Museum of Art after 37 years at the institution climbing the ranks. She is the first woman to run the Met’s day-to-day operations.