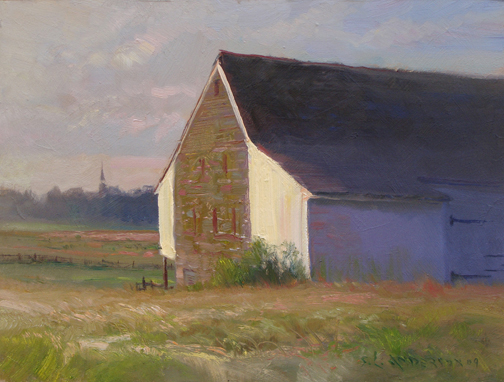 Gallery MAR artist Scott Lloyd Anderson is recognized as one of the top plein aire painters in the nation. He routinely wins at plein aire competitions and juried shows.  Mr. Anderson’s  painting, Valentines for Sale won the top prize at Salon International 2010. The piece was selected from 392 juried works out of 1300 submissions from 46 states and 18 countries. He was also featured in the March edition of American Art Collector Magazine.

I practice an approach to plein air painting that centers around the “prismatic palette,” a color theory with roots in fin de siecle France. I studied with Joseph Paquet in St. Paul, who had trained under John Phillip Osborne at the Ridgewood Art Institute in New Jersey. Osborne’s philosophy came from his training with Arthur Maynard, who learned under Frank Vincent Dumond, a renowned artist/teacher at the Art Students League in New York. Dumond had studied in the classical tradition at the Academie Julian in France, and was influenced by the new Impressionist ideas regarding color and light. Upon returning to America, Dumond taught in Old Lyme, Connecticut, which became a magnet for American landscape painters. 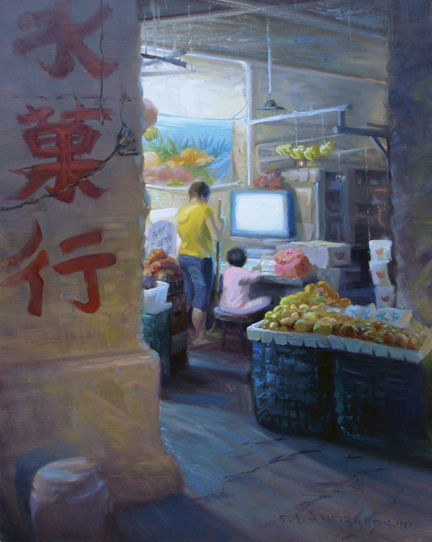 I recently traveled to Guangdong province in China with California painter Jason Situ and several other artists. Our hosts from the Kaiping Ministry of Culture were friendly, gracious, and attentive in the extreme. We painted in the city, countryside, and surrounding villages, often alongside Chinese art students. It’s amazing how much can be communicated with pointing, smiling, and giving thumbs up! 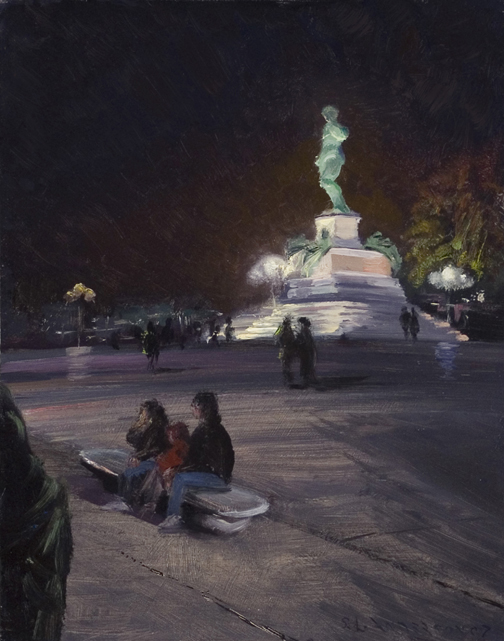 My practice incorporates the use of the prismatic color palette, an emphasis on accurate draftsmanship, and ideas about composition learned during my years as an art director. My paintings are impressionistic in that they describe the unique character of a particular day’s weather and light, and realistic in their desire to show the world as it is. In addition, I use the language of landscape to express abstract notions about color, form, design—and simply for the pleasing texture of paint on canvas. 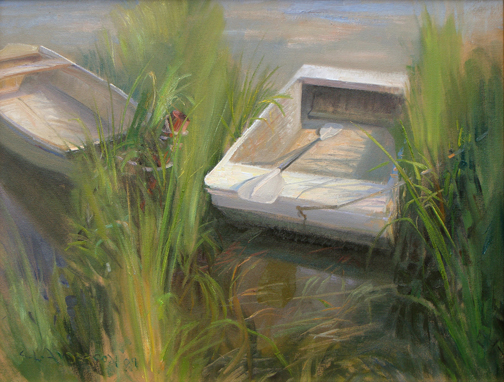