Brad Stroman at the Hudson River Museum in New York 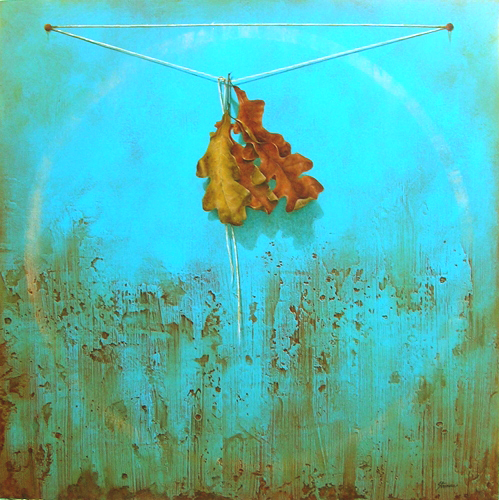 As we highlighted in an earlier edition of News MAR, Brad Stroman‘s work was recently featured in an exhibition at the Hudson River Museum in New York. The exhibition focused on how American painters (from the Hudson River School to contemporary American movements) interpret nature, and in particular leaves. “Paintbox Leaves: Autumnal Inspiration from Cole to Wyeth” exhibited more than sixty works tracing the history of the American Autumn landscape painting, beginning with brilliantly-hued fall scenes created by Hudson River School painters such as Jasper Cropsey, Frederic Edwin Church and Thomas Cole.

The exhibition included loans from major museums and private collections, in addition to works from the Hudson River Museum collection.

We just heard from Brad Stroman that the curator said the exhibit was well received and viewed by many while it hung. In fact, the museum saw over 600 visitors on the last day, many purchasing the exhibit catalog which has Brad Stroman’s painting, “October”, as the frontispiece image. How exciting! 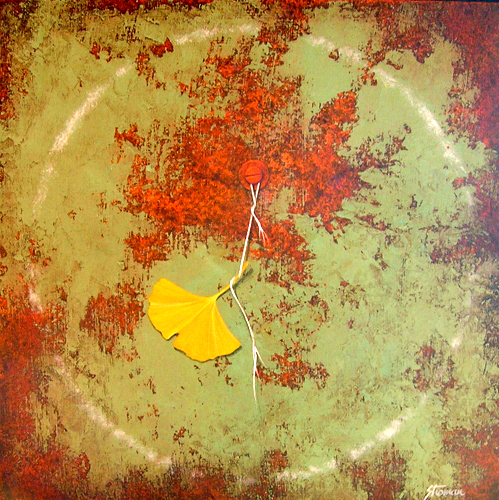 Stroman’s quote about the painting, “October,” in the catalog:  “The Sycamore leaf in ‘October’ is still very powerful despite its Autumn folds and creases…[and] stands as a metaphor for Man’s search for understanding of our own existence…” And on the other painting, “Beauty Contestant,” Laura Vookles, museum curator, wrote in her catalog essay: “Today, Brad Stroman makes use of these universal concerns a primary element of his art, which is influenced by Japanese aesthetic and the philosophy of wabi-sabi, the philosophical acceptance of transience. Like nineteenth-century works of Ellen Robbins, Stroman makes the leaves his primary subject, celebrating the beauty of their imperfections, isolating and enshrining them in a dynamic balance with deliberately artificial compositions. In Stroman’s Beauty Contestant the life cycle is a positive, not negative, force.”