I took a few days to visit the Phoenix/Scottsdale area and see some of the artful events there. Gallery MAR artist Amy Ringholz had just premiered a new show at her Scottsdale gallery, and the Scottsdale Arts Festival was in full effect at the Center for the Performing Arts. Ringholz’s show featured couples, wildlife animals in “love.” What a fantastic theme for a show– we are proud to exhibit such a creative artist.

The Scottsdale Public Art Program had just completed a limited invitational search for proposals from artists to create an installation at the 40th annual Scottsdale Arts Festival. The selected proposal for the installation was OVERFLOW!, submitted by artist Virginia Fleck (Austin, TX) OVERFLOW! is an eye-popping monumental installation made from thousands of colorful recycled plastic bags. For this installation, each plastic bag was inflated to transform the venue into a shiny, buoyant colorful display. Over the festival grounds, there were several spots with the bubbly balloons. The light breezes allowed the balloons to move and rustle, and the sound was quite soothing. 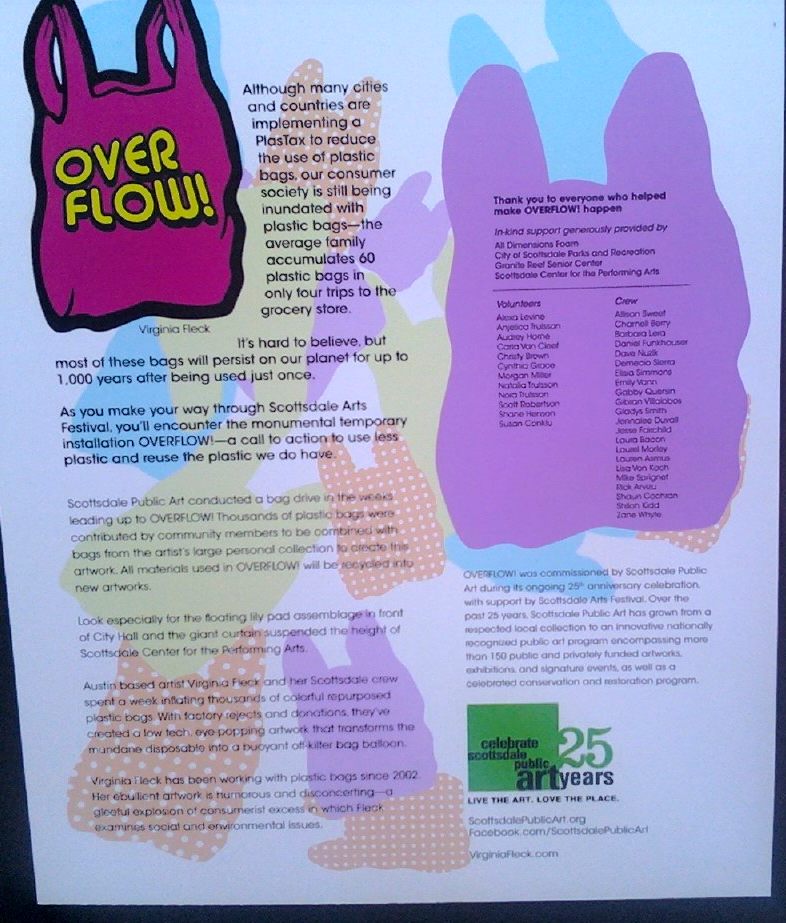 The thousands of colorful animated Bag Balloons in OVERFLOW! take on humorous anthropomorphic traits as they make a whimsical journey through the festival– first appearing to tumble down from the roof of the performing arts center, then seeming to meander through the festival grounds, where they culminate en masse dipping into the fountain in front of City Hall to rest in its cool waters. This temporary installation was commissioned by Scottsdale Public Art with support from the Scottsdale Arts Festival.

My favorite artist from the festival? Ted Gall, who makes kinetic sculptures featuring everything from toys and tots to elephants, lizards, characters from the land of Oz, and humans with great personality. His booth had a continually present crowd who were all wowed by his works.