There are signs of prosperity in the art market and things are beginning to look up. When it comes to art, there will always be collectors who can’t live without their next acquisition. Buying a Warhol is like buying gold, and after last year’s sagging auction sales, signs now point to go! 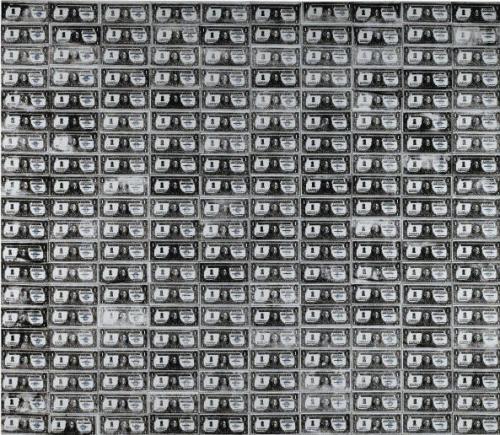 This Wednesday night, Sotheby’s in New York auctioned off several post-war and contemporary art pieces to a total of over $130 million. One of the top sales was an Andy Warhol piece entitled “200 One Dollar Bills,” which sold for $43.7 million. The circa-1962 piece was last sold by Sotheby’s over 20 years ago for $300,000…. a fantastic investment for that collector, a taxi-cab tycoon! The winning bid is thought to have  come from a phone bid, and far surpassed the $12 million estimate. In addition, another bidder paid $6.1 million for Warhol’s 1965 “Self Portrait.”

Sotheby’s reported total sales of $181,770,000 on and featured five works that sold for more than $10 million. The cautious auction house initially thought it would take in $115.3 million.

As for the auction bidders, they included some famous names such as fashion designer Valentino Garavani and jeweler Laurence Graff. 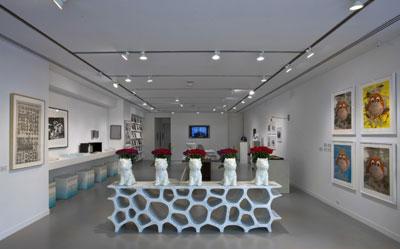 On the retail front, mega-dealer Larry Gagosian has recently opened up his first retail store on Madison Avenue in New York. Gagosian buys and sells hundreds of millions of dollars in paintings and sculptures each year and has galleries from New York, to LA, to his newest space in Athens, Greece. In his new retail shop, price points are much more accessible. Design objects like books, wallpaper, and furniture are for sale, as are posters and other works from his “stable” of artists: Ed Ruscha, Marc Newson, Jeff Koons, and Richard Prince.

Downstairs of the shop you’ll find “Other Criteria,” the art house created by Damien Hirst (Gagosian’s client) and others that offers limited-edition books, posters, magazines, and accessories. “Other Criteria” is based in London and the Madison Avenue store will be the first U.S. location. The Gagosian Gallery store will have a complete, publicly available archive of the gallery’s publications. Shown above are white-glazed porcelain “Puppy Vases” (1998) by Jeff Koons, in an edition of 3,000,000. They retail for $7,500 each plus shipping. Get ’em while they’re hot!